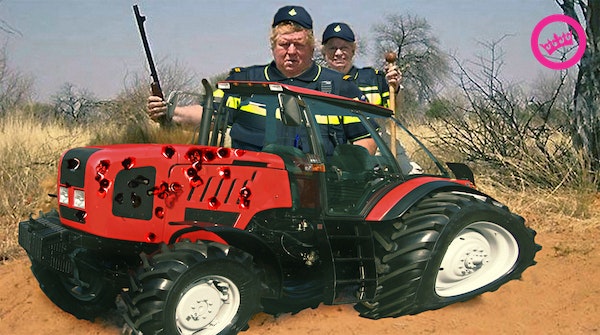 Hij is even pissen.

"As highly visible and politicized book bans have exploded across the US, librarians — accustomed to being seen as dedicated public servants in their communities — have found themselves on the front lines of an acrimonious culture war, with their careers and their personal reputations at risk.

They have been labeled pedophiles on social media, called out by local politicians and reported to law enforcement officials. Some librarians have quit after being harassed online. Others have been fired for refusing to remove books from circulation.

Girls
The Moments & The Whatnauts
youtu.be/HMGRMXU0iCs

"As Senator Sheldon Whitehouse has documented, hundreds of millions of dollars in dark money (funds whose sources are unknown) were poured into the nomination and confirmation of the three judges appointed to the court by Donald Trump. Among the groups leading these campaigns was Americans for Prosperity, set up by the Koch brothers: oil tycoons with a long record of funding rightwing causes. As an investigation by Earth Uprising shows, there’s a strong correlation between the amount of oil and gas money US senators have received, and their approval of Trump’s supreme court justice nominations."

Hop on Hop off!

Zelfs bij beschietingen in de VS.

Is dat positief of negatief?

The Prodigy - We Live Forever
youtu.be/4RT0uHn8RUg

While Raulin noted that both men and women could contract hysteria, women were, according to him, more predisposed to this ailment because of their lazy and irritable nature.

In a treatise published in 1770–1773, another French physician, François Boissier de Sauvages de Lacroix, describes hysteria as something akin to emotional instability, “subject to sudden changes with great sensibility of the soul.”
www.medicalnewstoday.com/articles/the...
Some of the hysteria symptoms that he named included: “a swollen abdomen, suffocating angina [chest pain] or dyspnea [shortness of breath], dysphagia [difficulty swallowing], […] cold extremities, tears and laughter, oscitation [yawning], pandiculation [stretching and yawning], delirium, a close and driving pulse, and abundant and clear urine.”

De Sauvages agreed with his predecessors that this condition primarily affected women, and that “men are only rarely hysterical.”

According to him, sexual deprivation was often the cause of female hysteria. To illustrate this, he presented the case study of a nun affected by hysteria, who became cured only when a well-wishing barber took it upon himself to pleasure her.

Another means of “treating” instances of hysteria was through mesmerism, an alleged psychosomatic therapy popularized by Franz Anton Mesmer, a German doctor who was active in 18th-century Europe.

Mesmer believed that living beings were influenced by magnetism, an invisible current that ran through animals and humans, and whose imbalances or fluctuations could lead to health disruptions.

Mesmer alleged that he could act on this magnetic undercurrent and cure humans of various maladies, including hysteria.