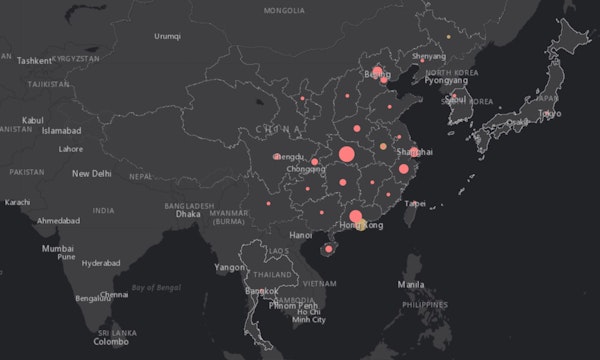 THE killer coronavirus that's sweeping through China is "as deadly as Spanish flu, which killed 50 million people", experts today warned.

Nine people have died and cases have soared by more than 100 in the last 24 hours, reaching 440, Chinese authorities confirmed.

British experts have today warned the true number of cases is more likely to range from 1,000 to 10,000.

Professor Neil Ferguson, an expert in mathematical biology at Imperial College London told reporters in London the death rate for the new strain of coronavirus is "roughly the same as for The Spanish flu epidemic, at around one in 50".

The 1918 outbreak is the most severe pandemic in recent history, wiping out an estimated 50 million people across the world.

Prof Ferguson warned of "more deaths to come" as fellow experts said the outbreak has reached the threshold for an international public health emergency - ahead of today's World Health Organization meeting on the issue.

Deputy Director of the National Health Commission Li Bin said that all deaths had been in the Hubei province, home to Wuhan city where the first illnesses from coronavirus were reported in late December.

The 440 cases were confirmed as of midnight and have been reported across 13 areas of China.

Officials are considering putting Wuhan - a city of 11 million, a larger population than London - on lockdown, with people being told to stop travelling and to avoid crowds.

It comes at one of the busiest times of the year in China as people prepare to celebrate the Lunar New Year holidays.

Prince Philip zei eens: “'If I were reincarnated I would wish to be returned to earth as a killer virus to lower human population levels.'

I could use a little more cowbell.

Letterlijk? Dat is nogal nieuws he!