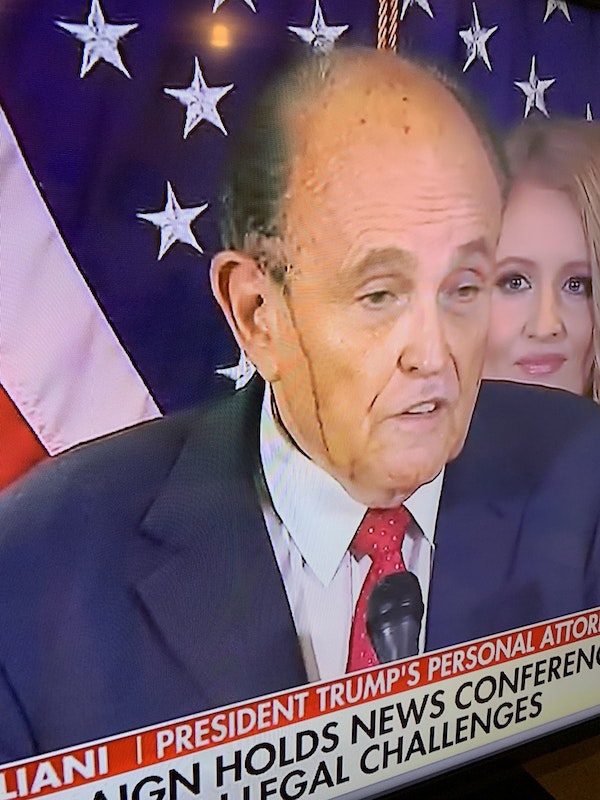 "Trump said Georgia’s secretary of state won’t allow people recounting ballots to check the signatures for fraud. This reflects a flawed understanding of how mail-in votes work. Before a mailed ballot is counted, the voter’s signature has already been verified. In Georgia, it is verified twice. To protect the privacy of the vote, after verification, every state separates the ballot from the signed envelope it came in. By design, there is no way to reunite the two pieces of paper. A recount can only be a recount of ballots, and Trump and his campaign knew that months ago."

In all, more than 5,800 uncounted votes were uncovered, netting nearly 1,400 new votes for Trump.

In het CNN artikel staat toch echt: "During the weeklong recount, officials in four counties found new batches of votes that weren't counted on Election Day or weren't properly transmitted to the Secretary of State for tallying."

Georgia: In all, more than 5,800 uncounted votes were uncovered, netting nearly 1,400 new votes for Trump.

Is dat echt of is dat een geintje?

"We are going to prove it."

Even as many of President Donald Trump’s claims about fraud committed during the 2020 election have fallen by the wayside, the president continues to hold on to one in particular: That a little known election-equipment maker called Dominion Voting Systems Inc. conspired to help Joe Biden steal the vote.

Dominion, with headquarters in Toronto and Denver, is the second largest voting machine supplier in the U.S. It was founded in Toronto in 2002 by entrepreneur John Poulos at a time when digital voting machines were replacing paper ballots in the aftermath of the disputed 2000 presidential election in which George W. Bush narrowly defeated Al Gore.

But now, the company finds itself buffeted by a disinformation storm that it’s racing urgently to counter, even as a panel of government experts has debunked the central tenet of the conspiracy -- that Dominion machines switched votes from Trump to Biden. It has even resorted to using strings of capital letters in press releases, mimicking Trump’s favorite Twitter technique.

In a lengthy statement under the all-caps heading “SETTING THE RECORD STRAIGHT,” Dominion rebutted false claims against the company, denying that it had ties to Venezuela and that House Speaker Nancy Pelosi’s family and the Clinton Global Initiative had ownership stakes. Dominion also denied that it uses software made by Smartmatic, which -- according to Trump lawyer Rudy Giuliani -- has ties to billionaire George Soros, a frequent target of the far right. Both Dominion and Smartmatic denied the claim. To keep up with the growing rumors, Dominion’s had to update its statement three times since Nov. 12.

One reason is that the president has repeatedly returned to Dominion to prop up his claims that the 2020 election was stolen, even as various other fraud allegations articulated in Republicans’ post-election lawsuits have been dropped. Trump has tweeted about Dominion eight-times since the election, as well as retweeting posts by others. He’s blamed the company’s voting machines for switching votes in multiple swing states, including Georgia, Arizona and Pennsylvania.

Bryce Webster-Jacobsen, director of intelligence operations at the cyber-intelligence research firm, GroupSense, said the Dominion conspiracy claims may be attractive to Trump and his supporters precisely because that they aren’t being litigated in court. Without a judge to dampen the allegations, the disinformation campaign has taken root in the Oval Office and exploded across conspiracy channels on the internet.

“It’s been wild to see him attach himself to this narrative, because it’s been so clearly debunked -- it’s just so outlandish on its face,” Webster-Jacobsen said of Trump. “And yet, Dominion is now having to find a way to distance itself from the narrative -- the fear being that this is what the general public associates with Dominion in the future.”

Dominion’s voting machines are used across portions of 28 states, including nine of the country’s 20 largest counties. Among Dominion’s biggest U.S. contracts is its $107 million deal to provide about 30,000 touchscreen voting machines to all of Georgia. Biden’s victory in Georgia, the first by a Democratic presidential candidate in nearly 30 years, helped fuel the Dominion conspiracy. So too did glitches in the voting system during the state’s June primary when voters waited many hours to cast ballots.

Dominion’s technology faced similar programming challenges during early voting and Election Day that were remediated by state and local officials. Yet, the office of Georgia’s Secretary of State, run by Republican Brad Raffensperger, described efforts to discredit results, including the role of Dominion’s technology, as “hoaxes and nonsense.”

Closely held Dominion didn’t respond to requests for comment about its tactics to deflect disinformation, instead referring Bloomberg reporters to its public statements. In three updates, the company has so far attacked seven separate conspiracies, while citing satisfied state and local clients including Michigan and Georgia, private researchers, news organizations and the Trump administration’s own Cybersecurity and Infrastructure Security Agency, or CISA.

In a joint statement issued last week, a panel of election security and integrity groups, including CISA, said there was no evidence that voting machines arbitrarily switched votes. They labeled the 2020 election the “most secure in American history.”

Dominion is the latest company to find itself on the defensive after becoming the target of online conspiracy theories.

In addition, the cybersecurity company CrowdStrike for a time became the target of right-wing conspiracy theories after it was hired by the Democratic National Committee ahead of the 2016 presidential election. It found that Russian hackers had attacked the organization. The conspiracy theory alleged that CrowdStrike’s findings were part of a liberal ruse to undermine Trump’s victory.

CrowdStrike issued statements debunking the claims, explaining that their services were used by both Democrats and Republicans, and that U.S. intelligence showed that Russians had indeed hacked the DNC.

In Dominion’s case, the company has had to fight rumors on multiple fronts. Anonymous hackers have claimed that the company’s computer networks had recently been breached, generating queries from reporters about the company’s vulnerability to cyber-attacks.

In one case, a right-wing Trump channel claimed the company’s source code -- the backbone of a computer program -- had been “easily” hacked and leaked, which could allow attackers to manipulate the machines in subsequent elections.

There are no magic solutions for fighting off such politically-charged rumors, especially if the current president is among those giving them credence, according to experts.

“I don’t think there’s much more Dominion could do than what they’ve done: offer a clear, consistent message and pushed it out repeatedly,” said Laura Galante, founder of the cyber-research firm Galante Strategies.

“If companies sit there trying to debunk this stuff, it will only feed the ecosystem and make it more dangerous than it already is,” she said. “They don’t need to be further victimized to disprove the claims of a niche conspiracy group.”

"Charges unveiled against Sittenfeld in his 20-page indictment allege he schemed to funnel money from developers into a political action committee (PAC) that he secretly controlled, court records show. The “developers” were really undercover FBI agents who handed a total of $40,000 in Sittenfeld checks on three different occasions, according to the indictment."

Wat er werd gezegd:
Hey guys
Could you guys press the [..] zoom info?
It just popped up on the screen yea.. can they hear us on the stream? Eh.. guess not
I don't think so but that's kinda cool haha
Is fuckin.. fuckin Rudy's hairdye dripping down his face?
[..] haha looks like it crashed, i just saw it pop up on the stream

This video has been removed by the uploader

kent u het spreekwoord in het engels: "to turn a blind eye"

Serieus, is this the hill you want to die on?

Gevalletje "Waar rook is, is vuur"

I did not have sex with that voting machine! 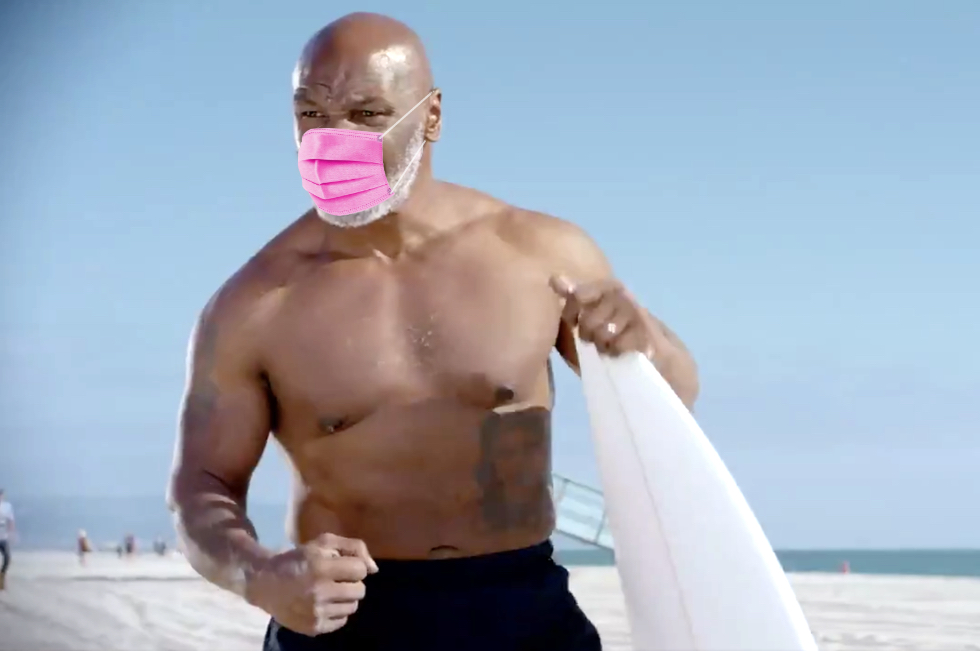