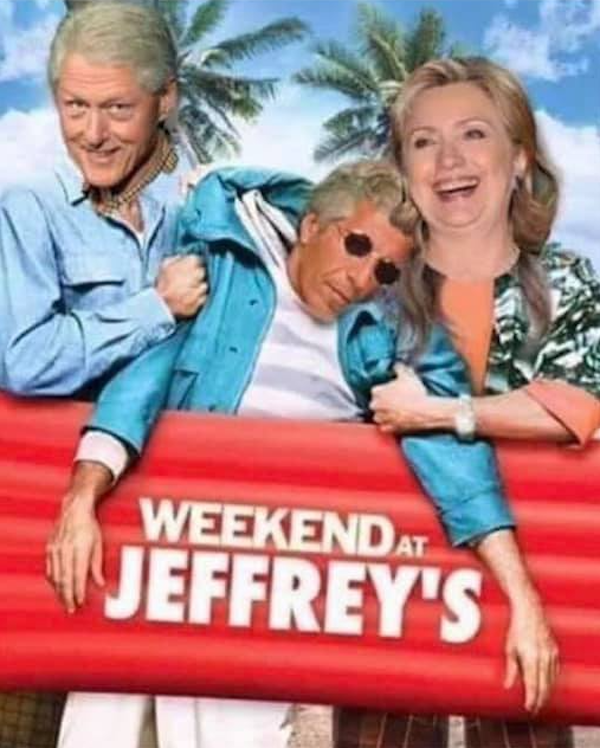 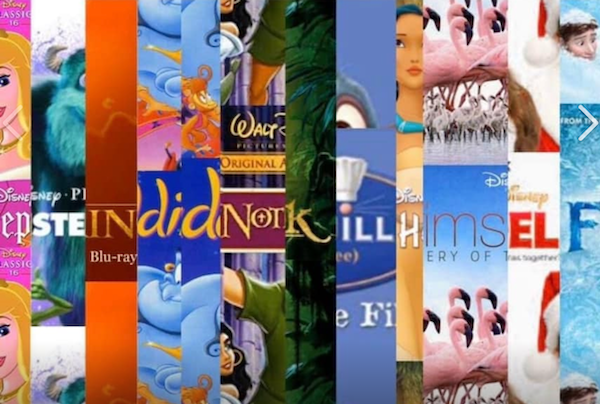 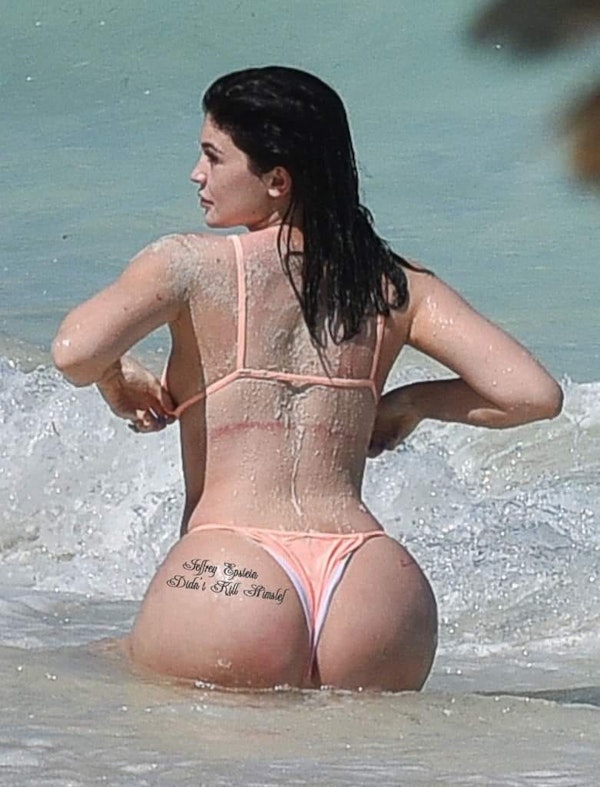 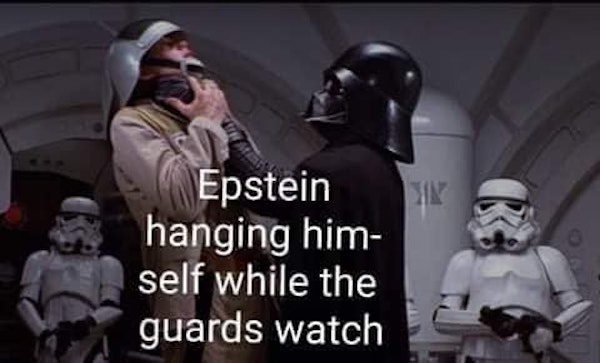 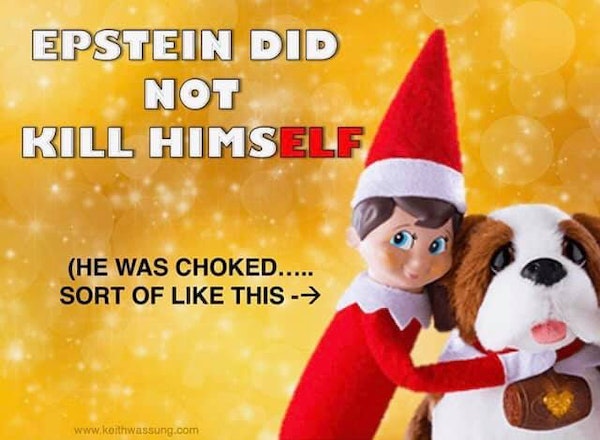 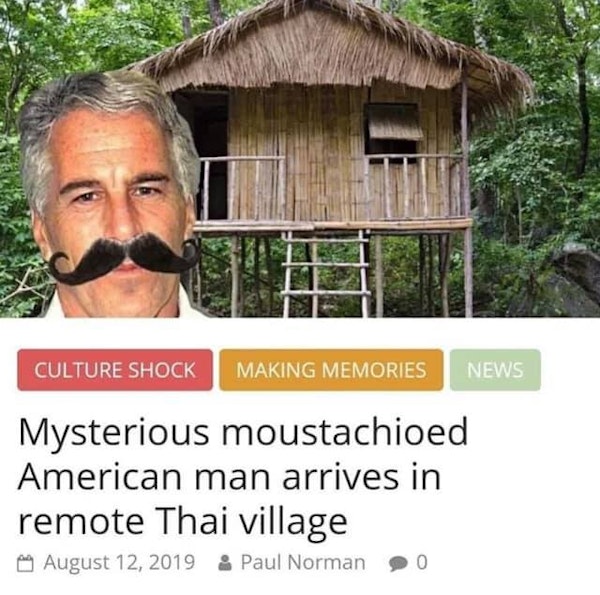 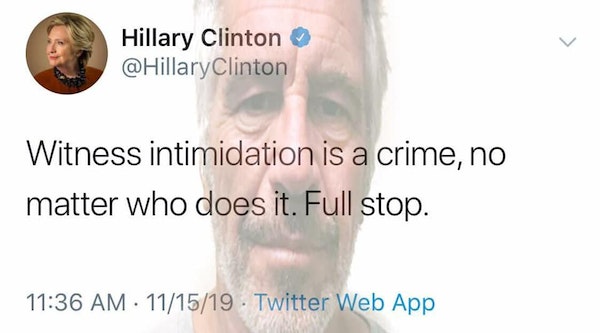 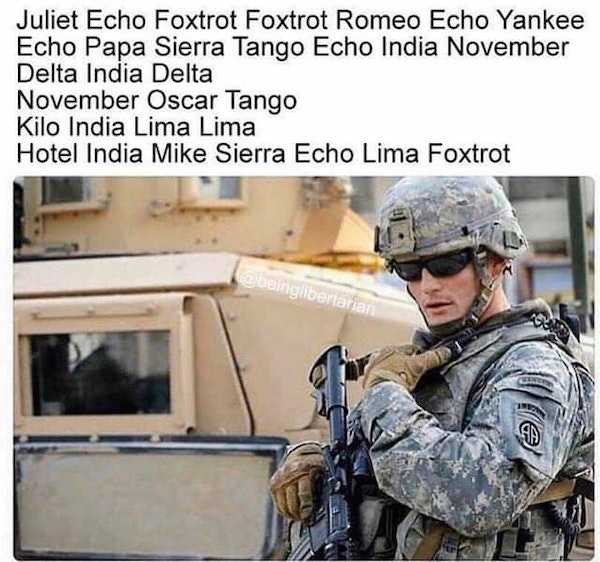 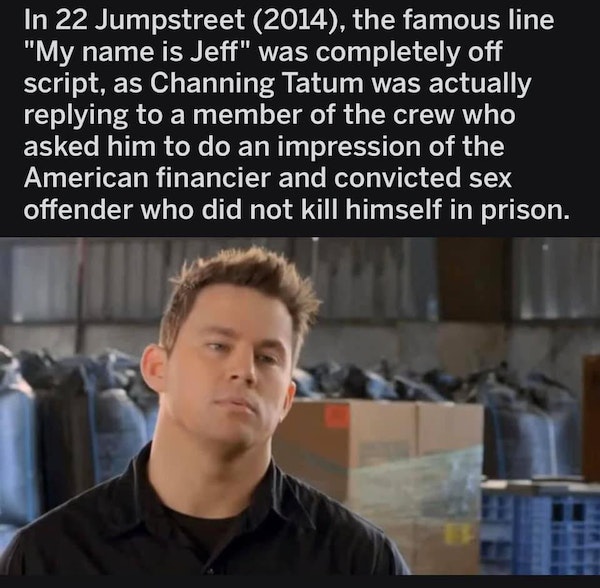 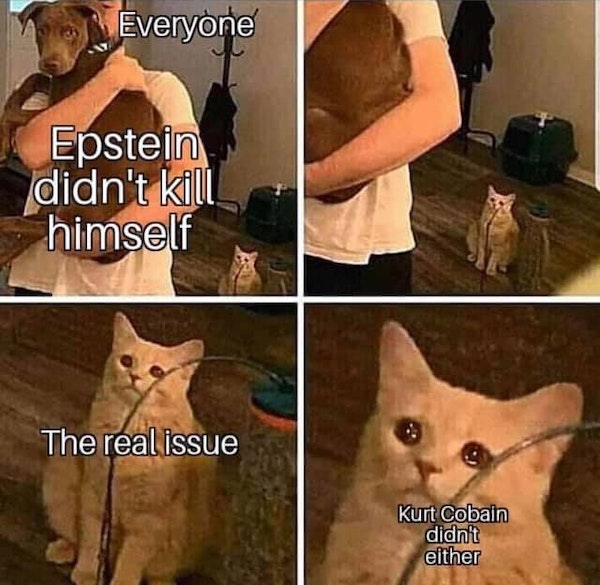 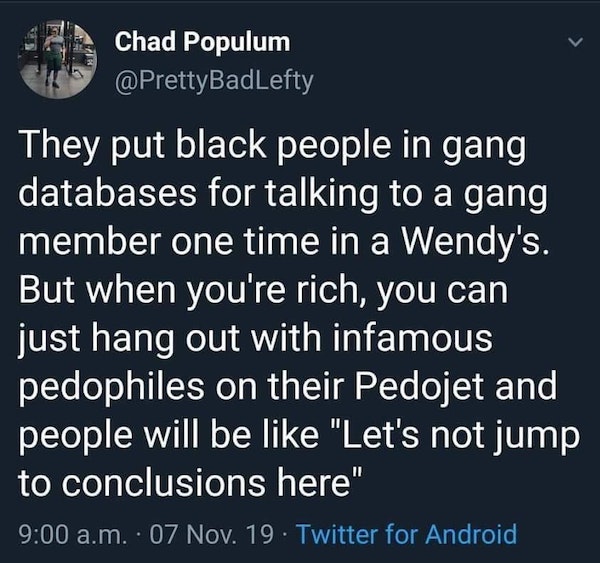 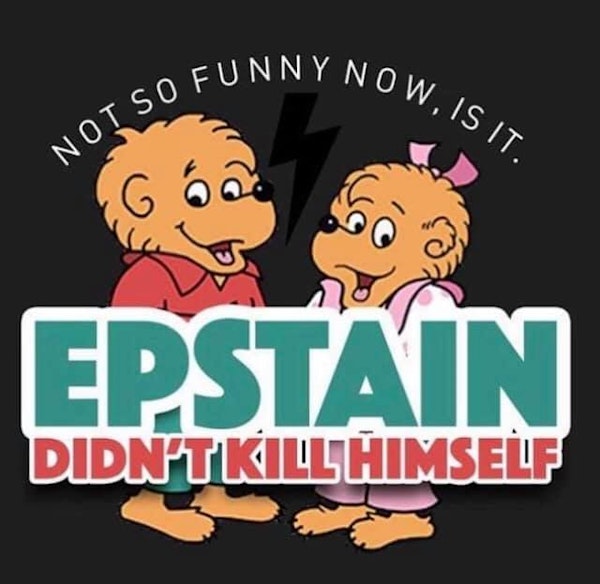 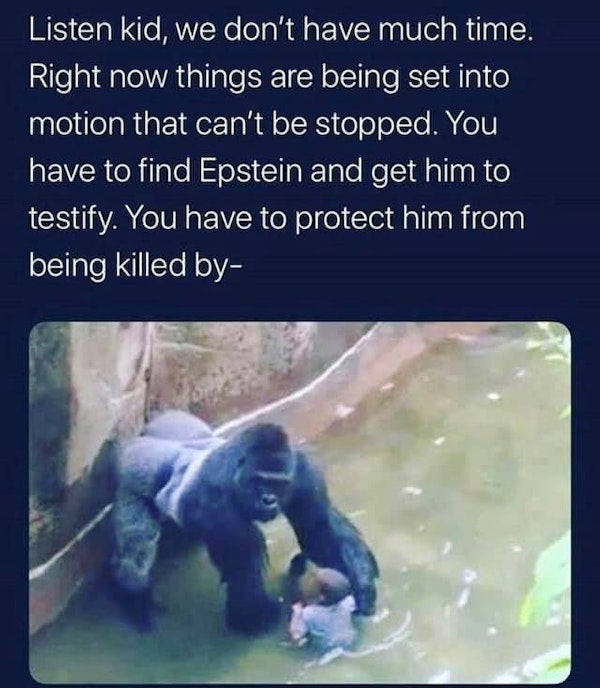 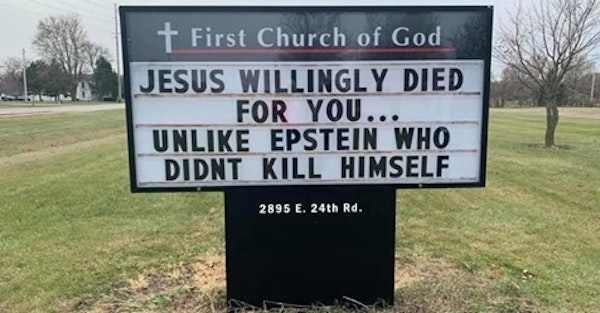 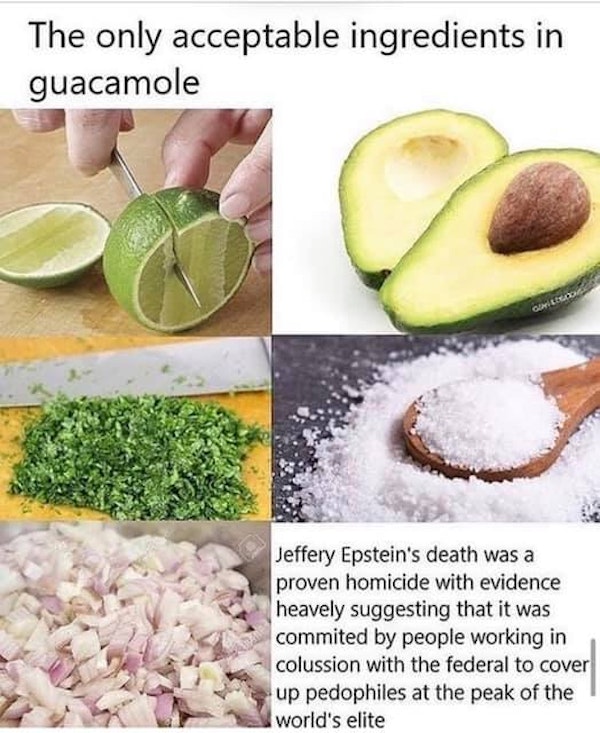 You always need a fall guy

By Trump’s own description, his social relationship with Epstein started several decades ago, in the late 1980s. Describing Epstein to Landon Thomas Jr. of New York magazine for a 2002 profile, Trump made a comment that, in retrospect, was frighteningly on-the-nose:

“I’ve known Jeff for fifteen years. Terrific guy,” Trump booms from a speakerphone. “He’s a lot of fun to be with. It is even said that he likes beautiful women as much as I do, and many of them are on the younger side. No doubt about it — Jeffrey enjoys his social life.”

That is: Trump praised Epstein, dated their social relationship as beginning around 1987, said they shared a taste for “beautiful” women, and specifically noted that Epstein liked women “on the younger side.”

Since Epstein’s legal troubles became known, Trump’s attorneys have tried to downplay his association with Epstein. (“He had no relationship with Mr. Epstein and had no knowledge whatsoever of his conduct,” Trump lawyer Alan Garten told Politico in 2017.)

But even beyond Trump’s own words further up, there’s a good deal of evidence that the two were friendly social acquaintances at least through the early 2000s:

Media reports from the late 1990s and early 2000s frequently mention Trump attending Epstein-hosted social events, and Epstein attending events at Trump’s Mar-a-Lago club.
“Friends and associates” of the pair told the Washington Post that Epstein and Trump “had socialized for years, drawn together by a mix of money, women and power.”
NBC News recently aired a video from 1992 of Trump and Epstein together at a Mar-a-Lago party, discussing women and laughing together.
The New York Times reported that, according to businessman George Houraney, Trump asked him to organize a “calendar girl” party at Mar-a-Lago — and said he and Epstein would be the only men in attendance.
The New York Times also reported that Epstein has claimed to people that he introduced Donald Trump to Melania — though this hasn’t been corroborated.
Trump called Epstein twice in November 2004, according to message pads seized from Epstein’s Florida mansion by the government.
Several phone numbers for Trump, including an emergency contact and a number for Trump’s security, were among many notable people’s numbers listed in Epstein’s “black book” (which was later obtained by the government).
Epstein’s brother Mark testified that Epstein once took Trump on one of his planes to go from Florida to New York, saying he thought it happened in the late 1990s. Mark Epstein also told the Post Trump flew on Epstein’s plane “numerous times.”
At some point around the time of Epstein’s legal problems, the friendship appears to have ended. Trump has spread the story that he banned Epstein from Mar-a-Lago for making sexual advances to a masseuse. However, the New York Times reported that by some accounts the two men only fell out “after a failed business arrangement between them.” The Washington Post reports that they were rival bidders for the same Palm Beach estate (Trump won).

It is said. By some accounts. According to the NYT.

‘I Am a Patsy!’ Lee Harvey Oswald

Epstein didn't kill himself but Trump did it with bare hands bedoel je ?