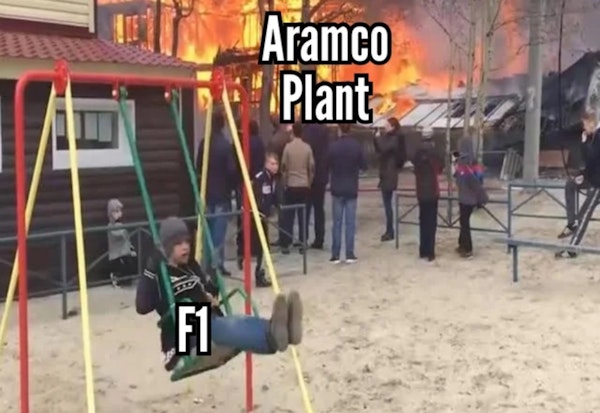 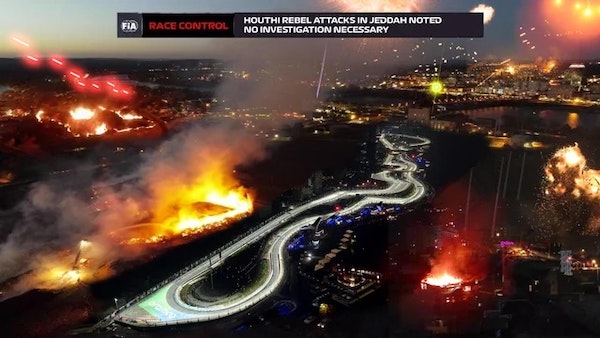 - What ballistic missiles do the Houthis have and how do they get them?
The northern Yemeni militia has, over the past seven years, developed an increasingly sophisticated ballistic missile arsenal, despite a UN arms embargo on the country.

The bulk of the Houthis' arsenal today appears to be made up of the Burkan-3 for longer-range strikes up to 1,200 kilometres, the shorter range Badr P-1 rockets, with a 150km range and the Soviet-era Frog-7, which Houthis call the Zelzal, with a 65km range.-
www.google.nl/amp/s/www.thenationalne...

“ That estimate is based on analysis by Ralph Savelsberg, a ballistic missile expert at the Netherlands Defence Academy.“

Of is het al gedaan..

Saudi Arabia is said to be the world's largest source of funds and promoter of Salafist jihadism,[135] which forms the ideological basis of terrorist groups such as al-Qaeda, Taliban, Islamic State of Iraq and the Levant and others. In a December 2009 diplomatic cable to U.S. State Department staff (made public in the diplomatic cable leaks the following year), U.S. Secretary of State Hillary Clinton urged U.S. diplomats to increase efforts to block money from Gulf Arab states from going to terrorists in Pakistan and Afghanistan, writing that "Donors in Saudi Arabia constitute the most significant source of funding to Sunni terrorist groups worldwide" and that "More needs to be done since Saudi Arabia remains a critical financial support base for al-Qaeda, the Taliban, LeT and other terrorist groups."[69] An August 2009 State Department cable also said that the Pakistan-based Lashkar-e-Taiba, which carried out the 2008 Mumbai attacks, used a Saudi-based front company to fund its activities in 2005.[69][136]

The violence in Afghanistan and Pakistan is partly bankrolled by wealthy, conservative donors across the Arabian Sea whose governments do little to stop them.[69] Three other Arab countries which are listed as sources of militant money are Qatar, Kuwait, and the United Arab Emirates, all neighbors of Saudi Arabia.[69][70]

Fifteen of the 19 hijackers of the four airliners who were responsible for 9/11 originated from Saudi Arabia, two from the United Arab Emirates, one from Egypt, and one from Lebanon.[140] Osama bin Laden was born and educated in Saudi Arabia.“
Wikipedia