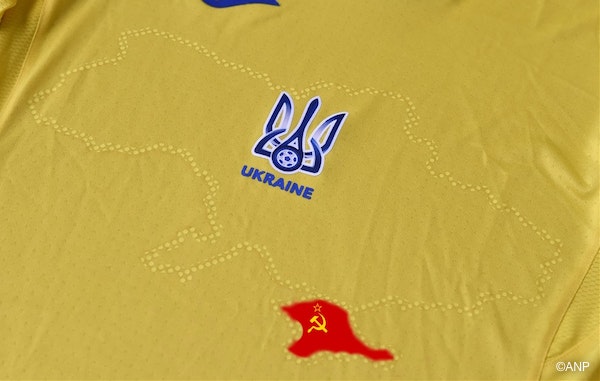 Het schijnt wel iets genuanceerder te liggen : "The yellow and blue shirt, shown to the public on Sunday, is branded with the words ‘glory to Ukraine’ and ‘glory to heroes’. While the slogans have a long history, dating back to the writings of the country’s national poet, Taras Shevchenko, in the 1800s, they have since gained more sinister associations. Both phrases were used by members of the Organization of Ukrainian Nationalists (OUN) and the Ukrainian Insurgent Army (UPA), paramilitary groups that historians say fought alongside the Nazis and played significant roles in wartime genocides.

The far-right OUN, led by nationalist figurehead Stepan Bandera, is understood to have been the driving force behind the bloody massacres of up to 100,000 ethnic Poles from 1943-45, as part of its quest for Ukrainian independence. Along with the UPA, it participated in the murder of more than one million Jews across the country, which saw among the most brutal destruction of its population at the hands of fascist troops."