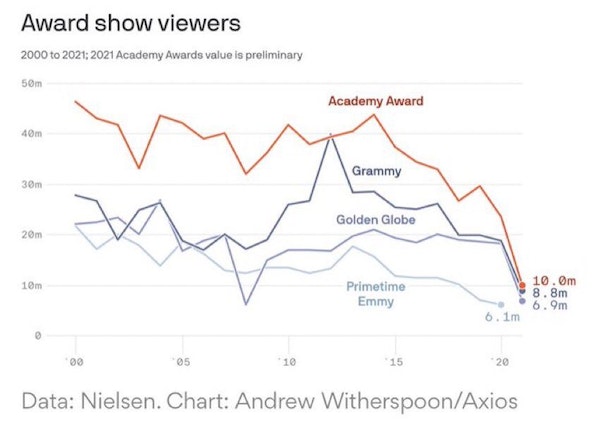 I don't understand. All movies now are woke, so when I watch them, how come I 'm falling asleep ?

Thank your God, grab your little award, and fuck off.

“I look to a day when people will not be judged by the color of their skin, but by the content of their character.” -Martin Luther King.

That about sums it up.

Goed verhaal wel. "You're here to entertain people, not to tell them how to live their lives"

Waarheidsbommetjes all over the place zonder special effects.

What is good in life?

"Once Genghiz Khan asked Boorchi-noyon who was the chief of the emirs, what is the greatest joy and pleasure for a man. Boorchi said: "That a man takes a falcon.... etc. [about hunting]"

“Crush your enemies. See them driven before you, and listen to the lamentations of the women.”

@Knufter | 28-04-21 | 19:10:
The European Commission has just announced an agreement whereby English will be the official language of the EU rather than German which was the other possibility. As part of the negotiations, Her Majesty's Government conceded that English spelling had some room for improvement and has accepted a five year phase-in plan that would be known as "Euro-English".
In the first year, "s" will replace the soft "c". Sertainly, this will make the sivil servants jump with joy. The hard "c" will be dropped in favour of the "k". This should klear up konfusion and keyboards kan have 1 less letter.

There will be growing publik enthusiasm in the sekond year, when the troublesome "ph" will be replaced with "f". This will make words like "fotograf" 20% shorter.

In the 3rd year, publik akseptanse of the new spelling kan be ekspekted to reach the stage where more komplikated changes are possible. Governments will enkorage the removal of double letters, which have always ben a deterent to akurate speling. Also, al wil agre that the horible mes of the silent "e"s in the language is disgraseful, and they should go away.

By the fourth year, peopl wil be reseptiv to steps such as replasing "th" with "z" and "w" with "v". During ze fifz year, ze unesesary "o" kan be dropd from vords kontaining "ou" and similar changes vud of kors be aplid to ozer kombinations of leters.