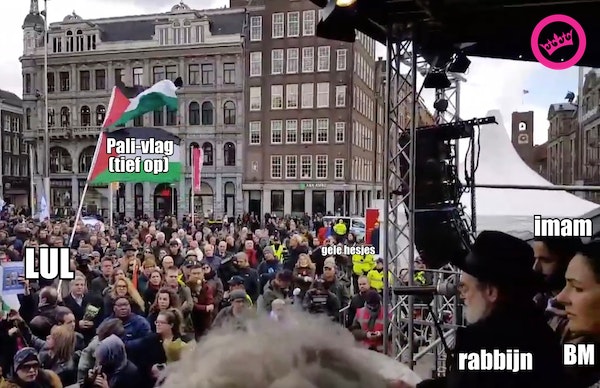 RADICAL BASE? The mosque in Christchurch.
The parents of a man killed by a drone in Yemen say he was "radicalised" in Christchurch. But preachers at the city mosque say they are moderates.

Christchurch's Muslim leaders say they are shocked and "disturbed" by claims two men killed in a drone strike in Yemen were introduced to radical Islam at their mosque.

Australian Christopher Havard, 27, and dual New Zealand-Australian national Daryl Jones were killed by a missile fired by a US drone in November.

Australia's ABC news yesterday reported the pair had been on an Australian Federal Police watchlist because of their links to al Qaeda in the Arabian Peninsula (AQAP) terror group.

Havard and Jones - who went by the name Muslim bin John - reportedly met in Christchurch after Havard converted to Islam.

Havard's mother and stepfather, Bronwen and Neill Dowrick, said their son joined the local mosque and told them that was where he first encountered radical Islam.

"When he moved into the mosque he realised what they were trying to convert people to. That's when he left and went to Dunedin. He didn't agree with what they were teaching," they said.

The then-imam of the Christchurch mosque, Hisham el Zeiny, said he had "never seen any signs of radical Islam" in Christchurch.

Havard had joined the mosque after asking to do community service there and appeared to be a "very normal guy".

El Zeiny said there had been no system for teaching newcomers about Islam at the time of Canterbury's earthquakes because the disaster disrupted normal activities.

He thought Havard could have turned to the internet to learn more and "probably" encountered radical Islam there, where it was "easy... to stray".

Documents released by the Australian Department of Foreign Affairs revealed Havard was a suspect in the AQAP kidnapping of three Westerners in Yemen in December 2012. The trio were released about six months later.

Muslim Association of Canterbury president Mohamed Jama said Havard was "always in the mosque" during the two years he lived in Christchurch and seemed to be a "normal man".

Jama said he understood Havard left Christchurch to work in a halal slaughterhouse in Invercargill and later flew to Yemen.

Dr Mohammad Alayan, a former senior member of the Christchurch Mosque, said claims of radical Islam in Christchurch were "not true".

"The mosque in Christchurch is very against that. Islam is all about peace."

Farid Ahmed, who delivers weekly sermons at the mosque, said he was "disturbed" by the allegations and worried about the effect it could have on how people perceived the Muslim community.

"I don't believe it. Our community here, most of them are refugees; I myself came from Bangladesh 26 years ago. We are very grateful because this country opened their hearts to us."

Radical speakers could be found online but such material "has nothing to do with the mosque or the mosque community", he said.

"If [Havard's family] have any evidence they should provide it so we can deal with it, because we want to stop it."

Richard Jackson, of the National Centre for Peace and Conflict Studies at Otago University, said he was sceptical of the allegations from Havard's family and feared it could damage the mosque's reputation.

"To think that they had to go all the way to Christchurch to get this material is a little bit farfetched. I'd be highly suspicious of this report."

He believed the pair would have "radicalised themselves" through material found online.

Speaking from Tonga yesterday, Prime Minister John Key said he did not believe Christchurch was a base for radical Islam but the security and intelligence services (SIS) were there "to monitor any lead that we might have if there's somebody trying to undertake the radicalisation of people".

"Where the Government has reason to believe that it has relevant information, you can assume that we would take that appropriate steps to monitor that," Key said.

@Is dit nog nieuws? | 18-03-19 | 05:03:
Ah kijk:
www.abc.net.au/news/2014-06-04/preach...
Havard, known by his Muslim name Saleem Khattab, attended the Masjid An-Nur mosque in Christchurch in early 2011.
Hisham El Zeiny, who was Imam at the time, says Havard approached him asking if he could work in the mosque to fulfil a community service order.
Mr El Zeiny says the mosque was not a place of radical teaching.

Lol. The sarcasm is strong in this one.

Keur niks goed maar is dit niet een beetje "a taste of their own medicine"?

The religion of peace, dat is wel duidelijk.

"They want us to join one of the fractions"
Nope. Fuck 'em. #patat

Was het niet Maarten van B.? Of toch Harry, de billenknijper, van B.?