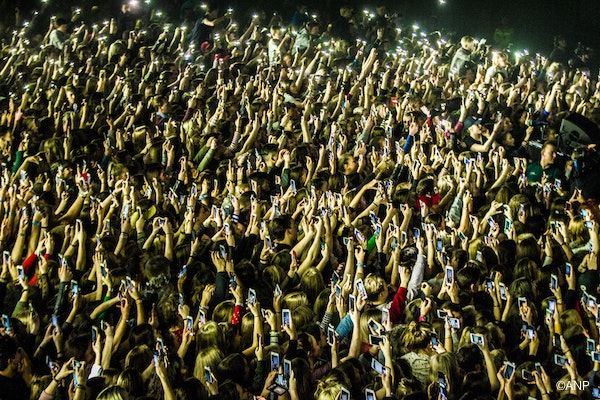 Wikipedia: 'In August 1990, an extra concert in Prague, Czechoslovakia, was added. Czechoslovakia had overthrown the Communist regime nine months earlier, and The Rolling Stones' concert was perceived as a symbolic end of the revolution. Czechoslovakia's new president Václav Havel, who was lifelong fan of the band, helped to arrange the event, and met the band at the Prague Castle before the show. The expenses were partially covered by Havel and by the Czechoslovak Ministry of industry. The attendance was over 100,000.'
3 dagen eerder stond inderdaad Berlijn op het programma.

The Times They Are A Changin'