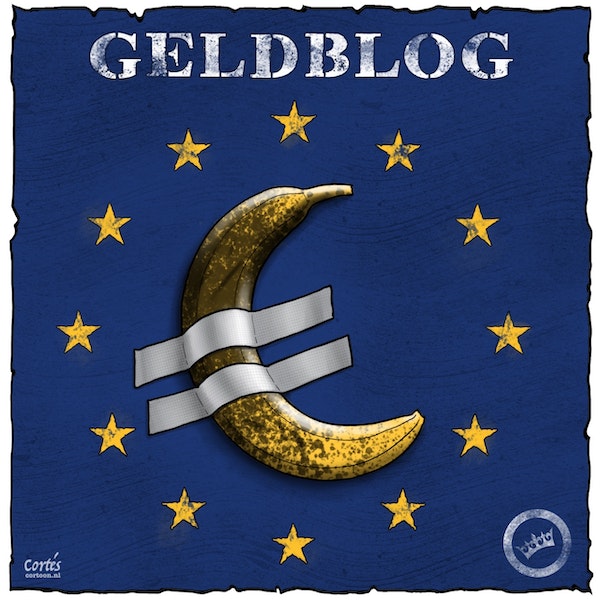 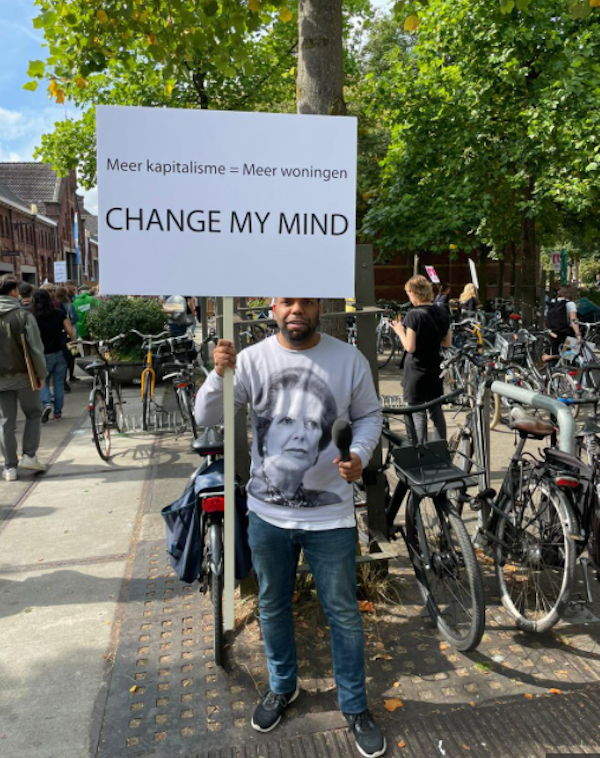 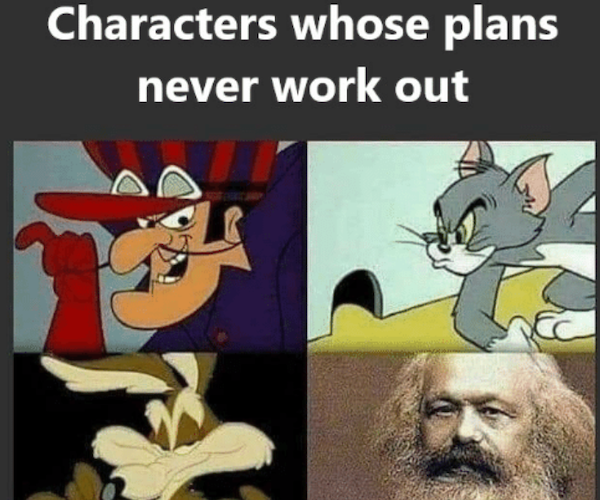 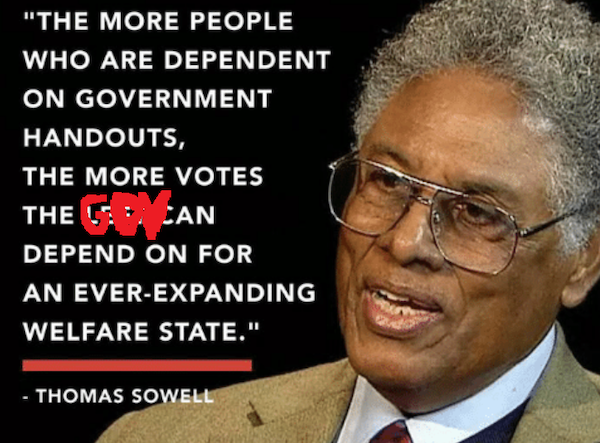 Warrig verhaal maar het is duidelijk, de overheid is het probleem.
"The nine most terrifying words in the English language are: I'm from the Government, and I'm here to help. "
youtu.be/xhYJS80MgYA

Government is the problem

Coalitions are the problem......

When our apartment building “Europe” was completed at the time, Nolleke (a part-time craft teacher) and Wout (a social worker) offered to take on the tasks that had to be arranged jointly, such as stairwells, lift shafts and the like. “Best”, we said, and we appointed the two unanimously to the board of the Owners Association.

The board then decided to make the collective maintenance costs income-dependent. From now on we had to pay 5 percent of our income. "Okay than..." we thought. Our incomes were close to each other. Moreover, we all liked the fact that the ordinary rich guy at number 40 with his Bentley would have to drop the largest spring.

The first blow came when Nolleke and Wout announced that the lift shafts had to be renewed. The job was outsourced to a contractor (who, by the way, later turned out to have been Nolleke's brother-in-law), and due to “setbacks” it turned out ten times as expensive as expected. Moreover, the new lifts kept getting stuck, so from now on we had to take the stairs. We could not hold Nolleke's brother-in-law liable, because he had sold his company and emigrated to Paraguay. The board has hired a very expensive lawyer (who later turned out to be Nolleke's ex-husband), but that didn't help.

To absorb the financial loss, the service costs were increased with 10 percent by Nolleke and Wout. We protested. Wout then hired agency KPMG for 10 grand to investigate the cause of the problems. After six months, they came to the conclusion that “things had gone wrong”, and decided with the recommendation “to do better from now on”.

Nolleke had been busy in the meantime. Because our home association's newspaper was “not professional enough”, she had appointed one of the residents (who later turned out to be a childhood friend of Wout's) as a full-time editor-in-chief for a generous salary. Since then there have only been interviews with Nolleke and Wout in the newspaper. And announcements about the new house rules that we had to adhere to. Every month there were a few more. For example, we were no longer allowed to wash our own windows, because that was “too dangerous”. For this Nolleke had hired a window cleaning company (which, incidentally, it turned out later, belonged to her mentally retarded son). If you wanted to give your front door a different paint, you first had to request written permission from a beauty committee set up by Wout. Smoking, drinking, barbecuing and talking on the balcony were now prohibited. To ensure compliance with these rules, Nolleke appointed 10 residents as paid inspectors. They patrolled the gallery to fine offenders. Dressed in beautiful uniforms, which Nolleke had specially designed by Frank Govers (dutch overdated, overrated, overpaid fashion designer).

The stunner with the Bentley was the first to call it quits. He left. His place was taken by a single mother who had such a low income that the board decided to exempt her entirely from service charges. Nolleke and Wout renamed the apartment building "Solidarity Apartment Building". The initiative drew attention far and wide. Nolleke and Wout were widely praised for social enthusiasm, and appeared in various talk shows. They told everyone who wanted to hear that poor people in our luxury flat did not have to pay service costs. It was stormy, as you understand; whenever an apartment became available, the minima were queuing in the gallery by hundreds. Three administrative staff had to be appointed to process the applications, and two committees to decide which of the candidates was in the greatest need, and therefore needed the apartment most.

The situation is now as follows: we now pay 60 percent of our income in service costs. Nolleke and Wout have a permanent staff of 40 paid employees. The ten apartments on the top floor have been purchased and converted into office space for the Owners Association. The costs of that renovation once again got completely out of hand, after which we again got KPMG split in our stomach, this time at a raison of 20 grand. It is rumored that the farewell party for Wout (who recently withdrew from the board due to back problems, after which the board - in this case Nolleke - unanimously chose Wout's son as successor), that that party therefore also cost 20 grand; apart from Pavarotti's performance of course. But we do not have any certainty, because The Regulatory Information Newspaper, as the residents' newspaper is now called, is silent about this. The editorial office has expanded like an oil slick, and now uses two former apartments as office space. To finance the newspaper, Nolleke has created a “compulsory contribution” for all residents, which increases every year.

The elevators still don't work, and the apartment building is starting to deteriorate. When we protest, Nolleke and Wout jr. Invariably say: “Look, we just have to cut back. There is simply no money for new lifts, it's that simple. But what are you complaining about? If you think that we are not doing well, then you just choose a different board? "

But the annoying thing is: we can never rip off the Nolleke-en-Wout clique again. Because a majority of the residents now benefit from the solidarity fund, or work full-time for the Owners' Association (or both.) And the majority would like to keep it that way. Nolleke and Wout c.s. will therefore always win the elections. We are trapped like a rat.

If it continues like this, the service costs will go to 90 percent, and we will all go bankrupt, down to the last man. And we can't do anything about it.“Leave”, you will say, and that indeed seems to be the only thing left to do. But for some sentimental reason we just can't get to that; we keep putting it off. Sometimes I am afraid that we will ever regret it very much.