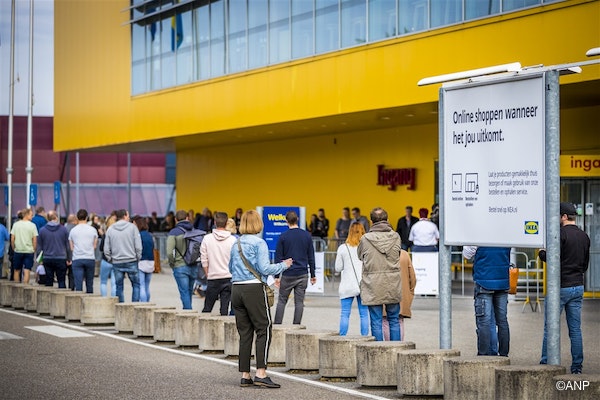 And now, an ER doctor at a hospital in the Bronx is arguing that it's time to reopen the economy, while pointing out that many thousands of unnecessary deaths could result if we don't reopen quickly enough, as millions of Americans delay or skip critical preventative care, including people with heart disease and other health issues that make doing so particularly dangerous.Murphy readily acknowledged that the outbreak has been by far the worst public health emergency of his 30-year career in medicine.
Two weeks ago, Murphy said, their ER was slammed with calls, and patients were dying from severe COVID-19 left and right. But as the curve has 'flattened' - a trend closely documented by data collected by New York State - Murphy and his team have noticed a massive drop in emergency patients with COVID-19.
Then came the wave of critically ill patients in numbers none of us had ever seen. This lasted for two weeks. The number of patients on ventilators accumulated in the ER and throughout the hospital. We witnessed an unprecedented number of deaths. The tone of the huddles became more somber. We became accustomed to the morbidity; we did our jobs.
It is precisely what I have witnessed that now tells me that it’s time to ease the lockdown. Here’s why.
Then, all of sudden, on April 7 at 1 pm, Murphy noticed that the non-stop parade of ambulances carrying critically ill COVID-19 patients seemed to have stopped suddenly. From that point on, the number of ER admissions started to decline precipitously.
First, the wave has crested. At 1 p.m. on April 7, the COVID-19 arrivals slowed down. It was a discrete, noticeable event. Stretchers became available by 5 p.m., and the number of arriving COVID-19 patients dropped below the number discharged, transferred or deceased.
That drop was "striking", as the doctor explained, because the community he serves is overwhelmingly poor, and sported high rates of infection. The surveillance data released by NY State so far suggests that the area surrounding the hospital may have seen infection rates climb as high as 40%.
The mechanics of this ebb and flow have led Dr. Murphy to suspect that the lockdowns have actually done little to blunt the 'peak', a conclusion that's supported by Sweden's policies and outcomes.
This was striking, because the community I serve is poor. Some are homeless. Most work in “essential,” low-paying jobs, where distancing isn’t easy. Nevertheless, the wave passed over us, peaked and subsided. The way this transpired tells me the ebb and flow had more to do with the natural course of the outbreak than it did with the lockdown.