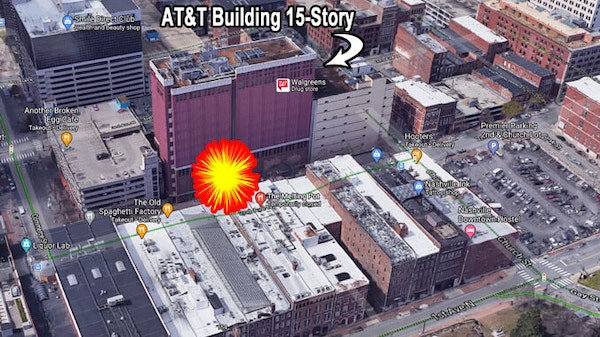 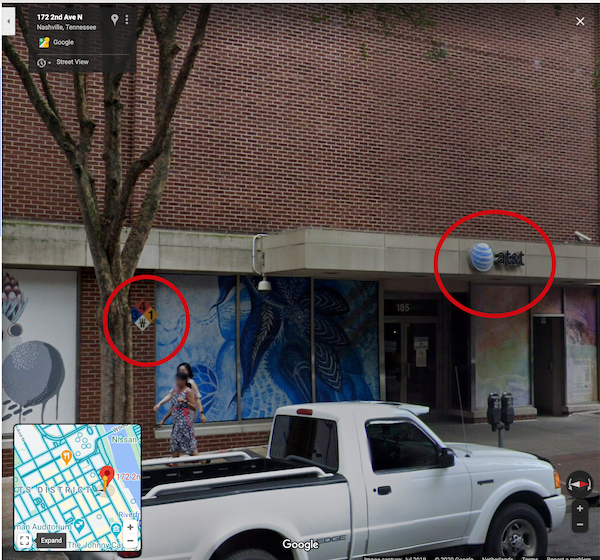 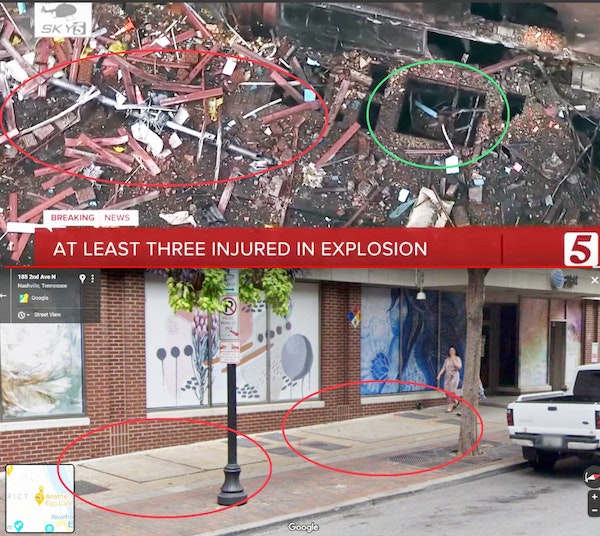 “The account that posted it is called “S McG” and has no bio or info, and has never posted until today since joining in 2014”

AP: >>The FBI will be taking the lead in the investigation, agency spokesman Joel Siskovic said. Federal investigators from the Bureau of Alcohol, Tobacco, Firearms and Explosives were also on the scene. The FBI is the primary law enforcement agency responsible for investigating federal crimes, such as explosives violations and acts of terrorism.<<
The US Sun: >>On Friday afternoon, law enforcement officials told CBS News they discovered what appear to be human remains.

The alleged remains were found near the explosion site, according to the report.

It has not been revealed "whether the remains are from someone connected to the explosion or from an innocent victim," a tweet read.

The police were initially responding to reports of shots being fired, investigators said.

One resident, Bryan Norwood, told Forbes that he heard: "The first time it was 3 shots, the second time it was 5 shots, the third round it was probably about 10 or 15 shots."

Cops also responded to reports of a recording coming from an RV that said "a potential bomb would detonate within 15 minutes."<<
Reuters: Een vrouwenstem, gecomputeriseerd >>Adding to the cryptic nature of the incident was the eerie preamble described by witnesses - a crackle of gunfire followed an apparently computer-generated female voice from the RV reciting a minute-by-minute countdown to an impending bombing.<<

Metro Nashville Police Department Chief John Drake on Friday evening said investigators found tissue near the blast site. They will be examined, he said, to determine whether they are human remains. He could not say how close the tissue was to the site where the motor home exploded.

She lives in Mojave in the Winnebego, his name is Tommy, he looks like a potato.

He'll have to go.

Zoekt u even mee?