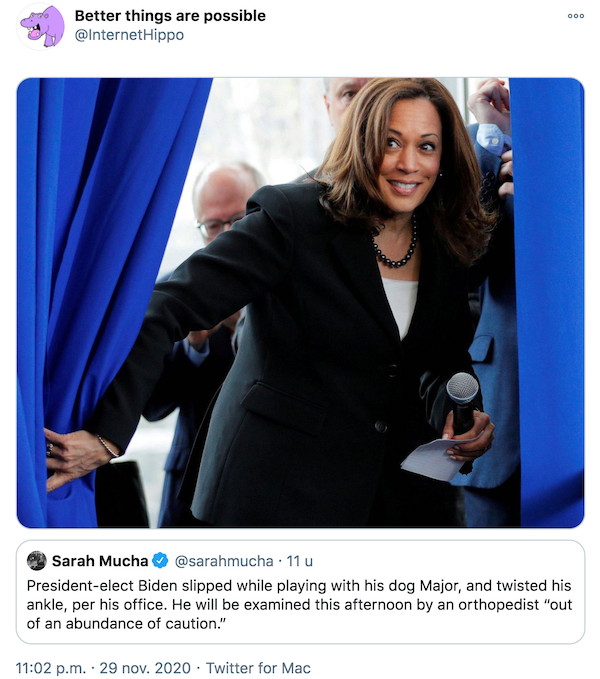 1. Late on election night, with Trump comfortably ahead, many swing states stopped counting ballots. In most cases, observers were removed from the counting facilities. Counting generally continued without the observers

2. Statistically abnormal vote counts were the new normal when counting resumed. They were unusually large in size (hundreds of thousands) and had an unusually high (90 percent and above) Biden-to-Trump ratio

3. Late arriving ballots were counted. In Pennsylvania, 23,000 absentee ballots have impossible postal return dates and another 86,000 have such extraordinary return dates they raise serious questions

8. Serious ‘chain of custody’ breakdowns. Invalid residential addresses. Record numbers of dead people voting. Ballots in pristine condition without creases, that is, they had not been mailed in envelopes as required by law

9. Statistical anomalies. In Georgia, Biden overtook Trump with 89 percent of the votes counted. For the next 53 batches of votes counted, Biden led Trump by the same exact 50.05 to 49.95 percent margin in every single batch. It is particularly perplexing that all statistical anomalies and tabulation abnormalities were in Biden’s favor. Whether the cause was simple human error or nefarious activity, or a combination, clearly something peculiar happened.

If you think that only weirdos have legitimate concerns about these findings and claims, maybe the weirdness lies in you.

Shut up and move on:
youtu.be/IMg6UpAp8k4

Over de Jappen en de Pacific Fleet: edition.cnn.com/2020/11/28/asia/japan... Het aantal zelfmoorden (met name bij vrouwen) overtreft het aantal Covid-19 doden in Japan. In oktober alleen al waren er in Japan 2153 suicides. "We didn't even have a lockdown, and the impact of Covid is very minimal compared to other countries ... but still we see this big increase in the number of suicides," said Michiko Ueda, an associate professor at Waseda University in Tokyo, and an expert on suicides.
"That suggests other countries might see a similar or even bigger increase in the number of suicides in the future." Japan is al zo'n kinderarm land en dan dit er nog bovenop..

"That suggests other countries might see a similar or even bigger increase in the number of suicides in the future." - nee gozert, in vrijwel geen ander land staan mensen zo enorm onder druk als in Japan. Dat levert niet alleen fantastische dingen op.

Kamala did not kill herself.

Ja.. zet dat tegenover een Putin..
I can not wait..

Get well soon!
Stand up in court.

I vote for Hillary as ViP.
Very Important Prostitutée...

WE blijven toch nog even in Afghanistan