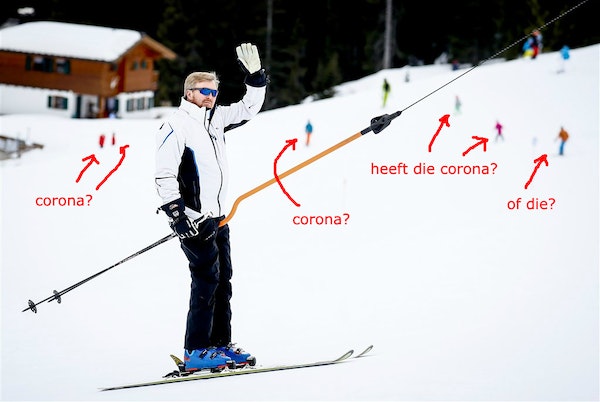 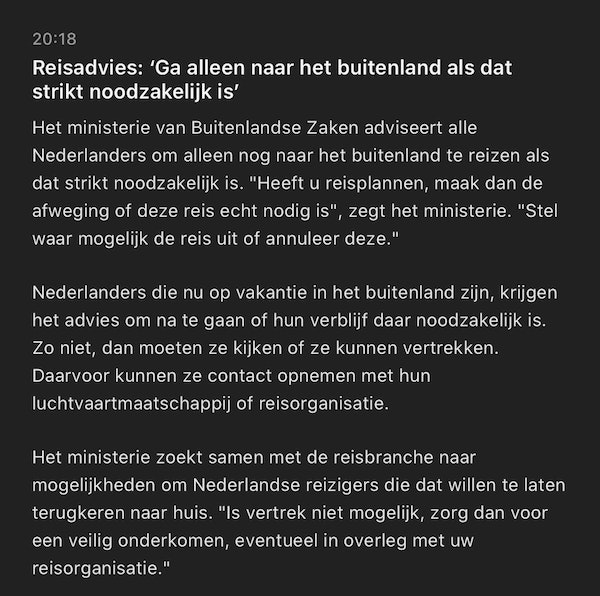 Levitt:
The population density aboard the ship was the equivalent of trying to cram the whole Israeli population into an area 30 kilometers square. In addition, the ship had a central air conditioning and heating system, and communal dining rooms.
“Those are extremely comfortable conditions for the virus and still, only 20% were infected. It is a lot, but pretty similar to the infection rate of the common flu,” Levitt said. Based on those figures, his conclusion was that most people are simply naturally immune.

Italy's higher death rate, he said, was likely due to the fact that elderly people make up a greater percentage of the population than they do in other countries such as China or France. “Furthermore, Italian culture is very warm, and Italians have a very rich social life. For these reasons, it is important to keep people apart and prevent sick people from coming into contact with healthy people.”

Levitt explained. “The rate of infection of the virus in the Hubei province increased by 30% each day — that is a scary statistic. I am not an influenza expert but I can analyze numbers and that is exponential growth.”
Had the growth continued at that rate, the whole world would have become infected within 90 days.

Tomorrow is “Devil’s Day,” the 18th (6+6+6 = 18). It’s also the day before the March 19 Spring Equinox, when “light regains equality with darkness and begins to overcome it.” So if the globalists opt to go through with this absurd stage play, Wednesday is a high probability day for the announcement of the quarantine order and travel ban, after which all hell will break loose. And “all hell breaking loose” would including some or all of the following events…

the collapse or shutdown of the current financial system,

the papal death scenarios featured in the Two Popes for Two Prophecies update (below),

the fall of Turkey’s Erdogan,

a short, sharp battle in the Middle East that will leave Al Aqsa Mosque in ruins, and

Since we seem to be trending towards “the end of the Great Tribulation and the victory of the Avatars,”the globalists will likely script “good guy” Trump’s mass arrest of the “evil Deep State” this weekend (Netanyahu would do a similar mass arrest in Israel). It would then take the following six months to do the “Truth Tsunami,” conduct the military tribunal show trials of the arrestees, and complete the paperwork to “reform” the UN into the multilateral / multipolar New World Order. The NWO would launch on Jewish New Year, give or take a few days.
Of course, this is just the most likely and straightforward version of how thing might be scripted. I’ve covered many potential variations in other entries on this page. It is recommended that you take the time to read this entire page if you haven’t already. You’ll need something to do during the lockdown, right?

"When I am king, you will be first against the wall
With your opinion which is of no consequence at all"
(paranoid android )

Dit land is helemaal gek of in totale paniek.