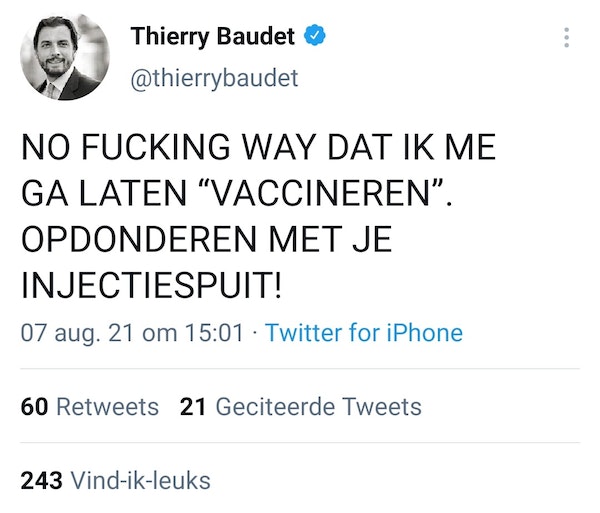 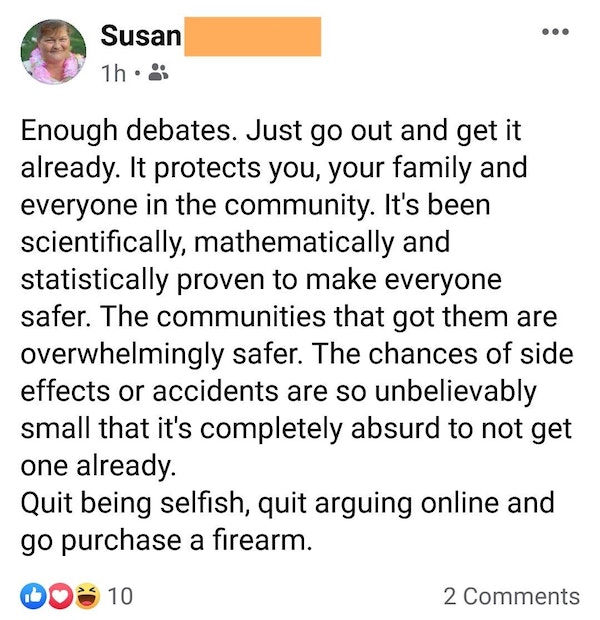 "We have entered the era of apartheid. God help us". Lisbon appeal court Judge blasts off over Portugal’s “Sanitary Apartheid”

Lisbon Appeal Court judge Florbela Sebastião e Silva in reaction to the decisions now emanating from the government. This is her message:

“ I am aware that most people do not have authoritative legal knowledge and, if they have any, it is always general knowledge that is the result of the learning that every citizen should have access to and just enough to exercise their most basic rights.

“What upsets me as the judge that I have been for more than 25 years, including exercising duties in a Superior Court, is to see legal instruments presented, without support in the Constitution of the Portuguese Republic, that are creating an authentic apartheid within Portuguese society.

“How is it possible that Portugal, having been the second country in the world to abolish slavery, and even one of the first countries to sign international treaties for the defense of human rights, is now a country that discriminates its inhabitants on the basis of a health passport and on the assumption that people are all sick and as such have to undergo tests – in this case PCR tests whose reliability, as we know, is null and even highly misleading – in order to simply be able to have lunch in a restaurant?

“The Constitution of the Portuguese Republic (CRP) has not been suspended, nor can its rules be altered, delimited or reduced by a mere Resolution of the Council of Ministers.

“The Constitution of the Portuguese Republic can only be amended by the Assembly of the Republic after 5 years following its last revision or, in case of absolute necessity, extraordinarily, but provided that a majority of 4/5 of the Members of Parliament in effective exercise of their duties is obtained – according to article 284 of the CRP.

“Thus, pursuant to the provisions of article 44, paragraph 1 of the CRP: “All citizens are guaranteed the right to move and settle freely in any part of national territory.”

“This rule of free movement of people – also enshrined in European Union legislation – cannot be suspended, revoked or suppressed by a mere Resolution of the Council of Ministers outside of any State of Emergency or State of Siege, and even in these cases , conditioning has to prove to be justified and must always be for a very limited period of time.

“Now, at a time when the whole world is returning to normal, when the masks – those of COVID and others – are dropping and putting an end to the shameful restrictions that led millions to unemployment and misery, and to a state of Collective insanity, Portugal carries on restrictions, without any constitutional basis and against, not only the Law of the Nation, but more importantly against all European legislation and recommendations?

“No one can be discriminated against for reasons of health – if these were really the reasons at the base of this pandemic – even less for not taking a test or receiving a vaccine. “And it is unthinkable that someone sees their access to a restaurant, a hotel or any other establishment subject to a test that, as I have said, is not reliable (scientists themselves have said this: it depends on the number of cycles used and it is already known that the standard number in Portugal is above 35 cycles, which renders the test absolutely unreal and useless), and that translates into a medical act that can only be performed by qualified personnel with the express and informed consent of the person.

“The last time I read through my legal bundles, Portugal was a State of Law, with clear rules on governance, the division of State powers, the reservation of Law and respect for human dignity. “Now, and unfortunately, I see that my country has become a former South Africa with an Apartheid regime: a Banana Republic where Constitutional Law is discarded.

“And all this when it is already known the DGS, summoned by the Administrative Court of the Circle of Lisbon, came to admit that after all, only 152 deaths have been registered by COVID, and only 4 were subject to autopsy.

“The WHO itself, in a communiqué dated 25 June 2021, has already stated, in black and white, that it is not recommended to carry out tests in asymptomatic people, much less on the scale that Portugal intends to implement.

“Any PCR test is a medical act that must be authorized and no one can be discriminated against for refusing to take the test. “Nor can anyone be stopped from accessing public places on the basis of whether or not the test takes place – precisely because it has to be consented. “Nor is it possible to understand that these Orwellian restrictions only work on weekends. If there was really a public health situation, the virus would not only run rampant on weekends, nor only in restaurants.

“It is absolutely unacceptable for the Portuguese population to see restrictions imposed that have no scientific basis, no serious clinical support – as the DGS admitted before the Administrative Court of the Lisbon Circle when it said it did not have any scientific documents to support the sanitary measures imposed – which are affronts to human dignity, the Portuguese Legal Order and the Constitution of the Portuguese Republic – which, last time I looked, was still the highest Law of the Nation and the one that still defends us from people, party machines and lobbies who are gluttonous in their thirst to impose their will on others.

“After all, wasn’t this what the “Revolution” of April 25th was all about?

“Portugal is no longer under rule of law or a State where human rights are respected.

“We have entered the era of apartheid. God help us”."

@mikes43357369 | 08-08-21 | 14:33:
Okay, niet helemaal gelezen, de abstract en de discussion sectie. Maar wat ik eruit lees is onder meer dit: "It is therefore important to stress is that this work by no means implies that it is safe to lift NPI’s, on the contrary, it implies that around 60% could have some protection against SARS-CoV-2 under current NPI-levels."

@Beste_Landgenoten | 08-08-21 | 14:56:
Onder results;
"If this model/interpretation is correct, then Stockholm practically has reached herd-immunity under limited restrictions and no further major outbreaks are to be expected, unless recommendations and behavior change drastically. In fact, if it hadn’t been for alpha, it seems that the herd-immunity under limited restrictions was first reached in early December, just before the closing of high schools. This is because, if no updates are done to the NPI’s, the herd immunity threshold is reached shortly after the peak of the wave, not after it has receded (see SM Section 5.3 for a fuller discussion of this topic). This is the reason why a major outbreak usually ends with a final size substantially larger than the Herd Immunity Threshold."

"Everything the public health “experts” said about the shortcomings of infection-induced immunity actually appears to hold true for the vaccines. If you speak to any man on the street, they will tell you, based on every censored article they read online, that vaccines are stronger than infection in terms of immunity. New data from Israel, the epicenter of mass vaccine hysteria, demonstrates just the opposite."

Door wie worden die wetenschappers betaald? It’s all in the eye of the beholder..

Politie of politici?
of allebei