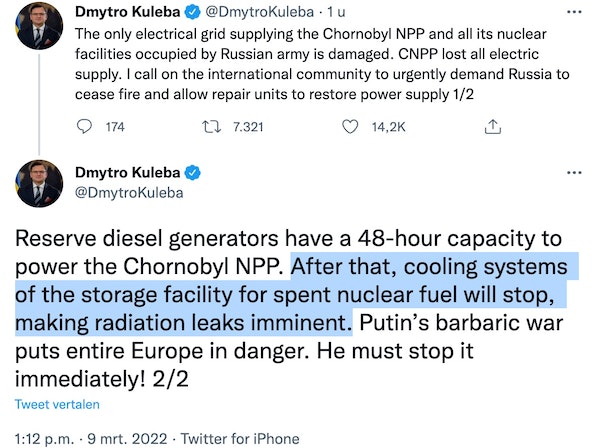 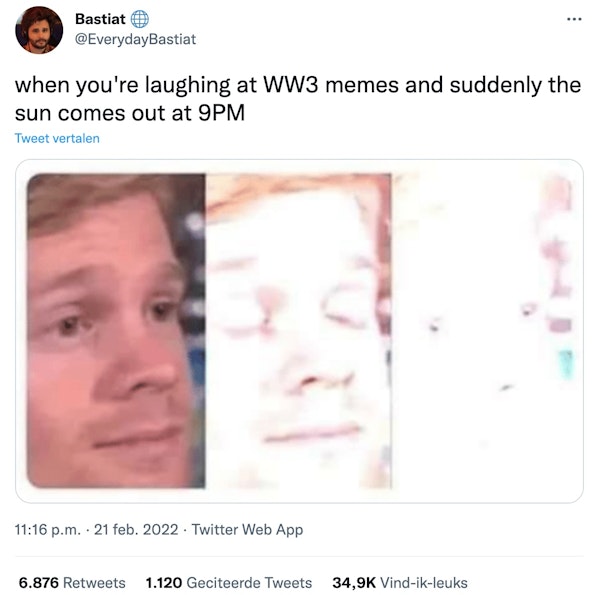 Het contra narratief van Russische RT russian.rt.com/ussr/article/973236-do...
20:08
The head of the DPR, Denis Pushilin, on the air of Channel One, said that in the blockaded Mariupol, city blocks were being liberated from Ukrainian forces.

“As for the hot spots that are in such a difficult situation as part of the offensive operation, as for Mariupol, the city is blocked, the liberation continues, starting from the suburbs and ending with neighborhoods inside Mariupol. The ring is narrowing, ”RIA Novosti quoted him as saying.

19:59
Kyiv is ready for a diplomatic settlement of the situation around Ukraine with Moscow, Igor Zhovkva, deputy head of the office of Vladimir Zelensky, said in an interview with Bloomberg TV.

According to him, the Ukrainian leader is “ready for a direct dialogue with President Putin,” which is “necessary to end the terrible war.”

19:55
Gazprom received a letter from the GTS Operator of Ukraine, which outlines the risks for gas pumping stations in the zone of the special operation of the Russian Federation in Ukraine, said Pavel Sorokin, Deputy Head of the Russian Ministry of Energy. According to him, we are talking about compressor stations "Novopskov", "Kupyansk", "Romny", "Sumy".

“These gas pumping stations ensure the reliability of gas transportation to European consumers through the territory of Ukraine. Only two stations, Novopskov and Kupyansk, are under the control of the RF Armed Forces. They guarantee complete safety of operation and protection of equipment. The other two are under Ukrainian control. Ensuring their safety is under the obligation of the State Customs Service of Ukraine. Any provocations and suspension of work for them are the responsibility of the Ukrainian authorities,” he said.

He stressed that Russia is fulfilling the contracts in full and is interested in doing so further.

19:49
The Ukrainian authorities have allowed nationalists to use weapons against those who are attempting to evacuate to Russia, said the head of the National Center for Defense Control of the Russian Federation, Colonel-General Mikhail Mizintsev.

“The Kyiv regime has authorized nationalists to use weapons against those who are attempting to evacuate to the Russian Federation, threatening to kill relatives remaining on Ukrainian territory. From the radicals there are threats of physical violence against those who are trying to receive humanitarian assistance,” he said.

“Russian specialists have taken prompt measures to switch to standby diesel generator power sources. The Ukrainian side in every possible way evades the organization of any repair and restoration work. In our opinion, this once again confirms the absolutely purposeful and provocative nature of the actions of the nationalists, ”he said.

Uit de Twitterfeed geplempt door Versleten_Paddestoel (waarvoor dank)
WHAT SHOULD WE BE WATCHING FOR?

There are indeed 20k old fuel rods in a pool. Their heat is low enough that experts I've talked to expect weeks or even months to heat the water enough to dry out the pool. Even then, natural air circulation should be sufficient.

"Reserve diesel generators have a 48-hour capacity to power the Chornobyl NPP. After that, cooling systems of the storage facility for spent nuclear fuel will stop, making radiation leaks imminent."