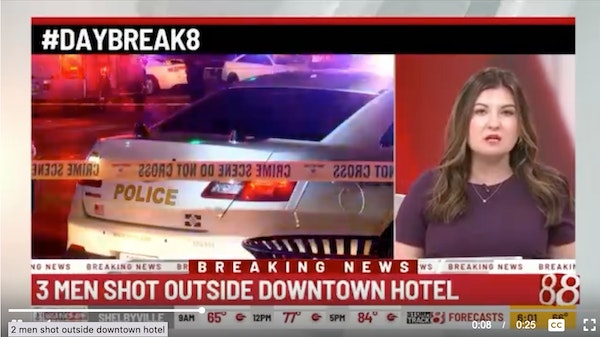 Was het zekers in vrije tijd of was het een vrije training?

You made the balance. Thank spaghetti monster

“ The National Instant Criminal Background Check System (NICS) is a background check system in the United States created by the Brady Handgun Violence Prevention Act (Brady Law) of 1993 to prevent firearm sales to people prohibited under the Act. The system was launched by the Federal Bureau of Investigation (FBI) in 1998. Under the system, firearm dealers, manufacturers or importers who hold a Federal Firearms License (FFL) are required to undertake a NICS background check on prospective buyers before transferring a firearm. The NICS is not a gun registry,[1] but is a list of persons prohibited from owning or possessing a firearm. The buyer’s details are discarded after the query and a record on NICS of the firearm purchase is not made, though the seller as a FFL holder is required to keep a record of the transaction.”

I'm from the HEMA. I'm a smokesausage.

Shit on the marble

Police responded to the Hampton Inn in the area of S. Meridian Street and W. Maryland Street at around 3:30 a.m.

Police found three men with gunshot wounds and they were later taken to area hospitals. Two of the men are said to be in critical condition and one in stable condition.

All three men are identified as Dutch soldiers from the Commando Corps on exercise in Indiana, according to the Netherlands Ministry of Defense.

A preliminary investigation by IMPD suggests a disturbance occurred between victims and the suspect(s), resulting in the incident.

This is a developing story and will be updated when new information becomes available.

This is the second triple shooting in downtown Indianapolis in the last week. On Sunday, August 21, one man died and two others were injured after a shooting in the 900 block of N. Delaware Street.

That's the way the girls are from Texas -Ry Cooder neuriet.

He wat? Zijn we in oorlog?

You're trying to get crazy with us eey, don't you know I'm loco?
Ruzie in de kroeg met de verkeerde gangster

Go to America, get shot.