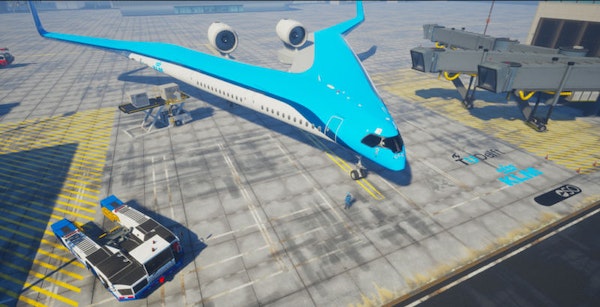 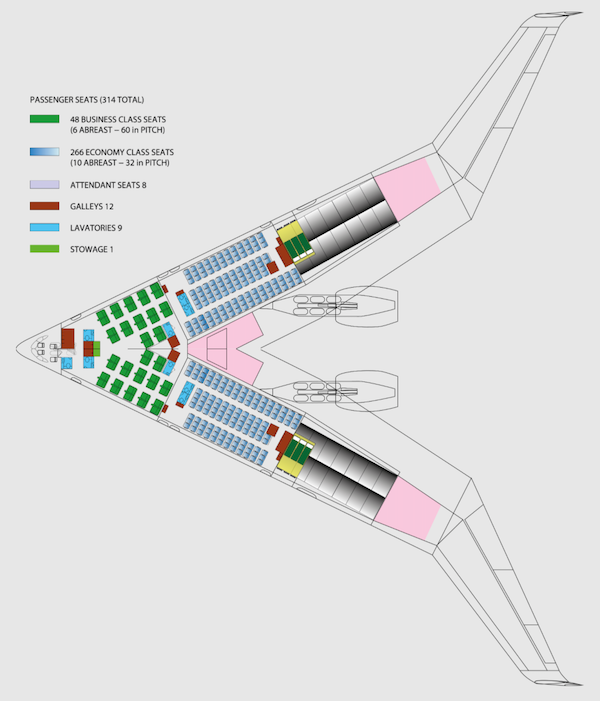 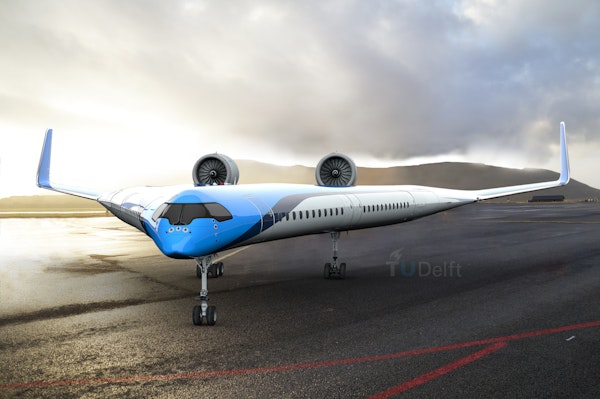 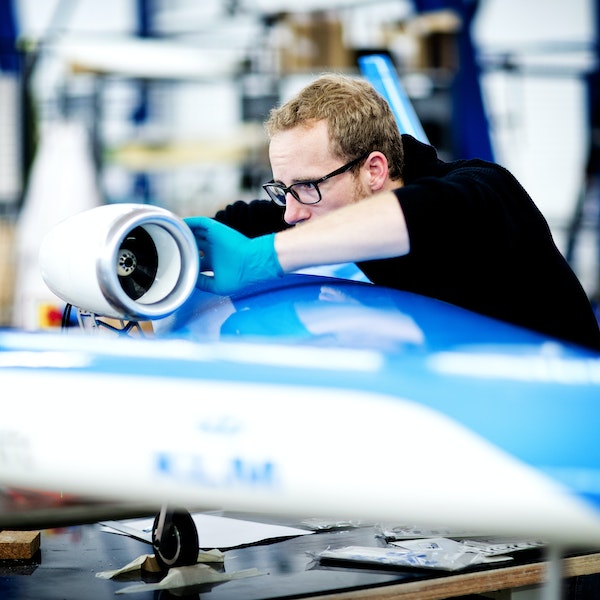 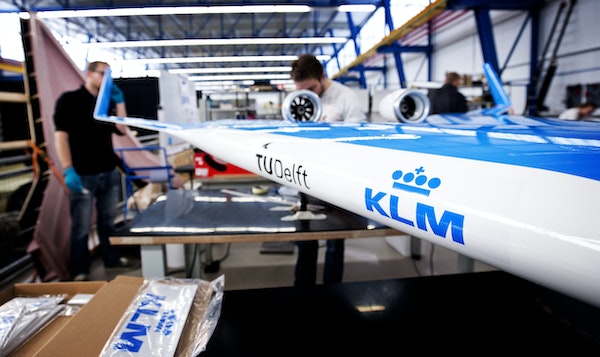 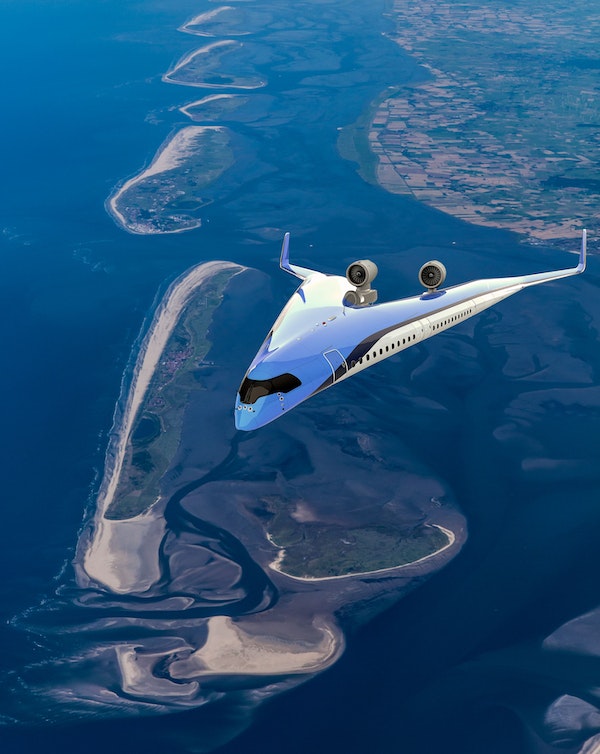 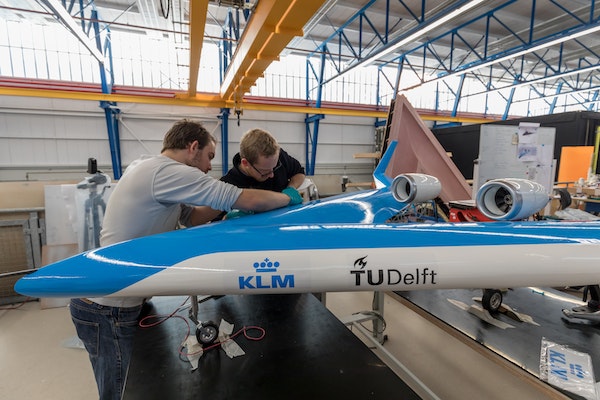 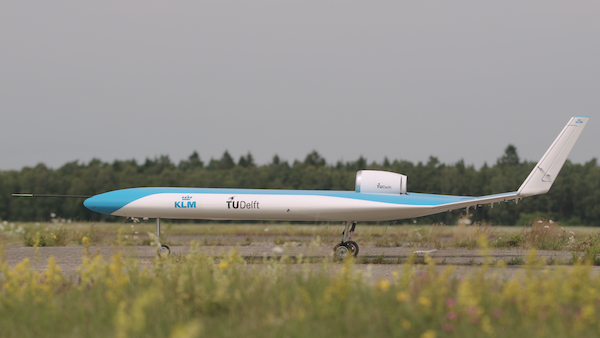 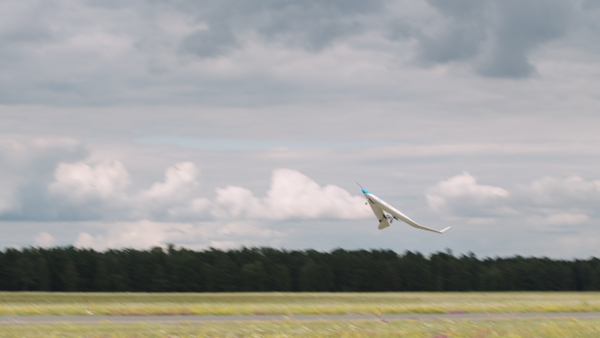 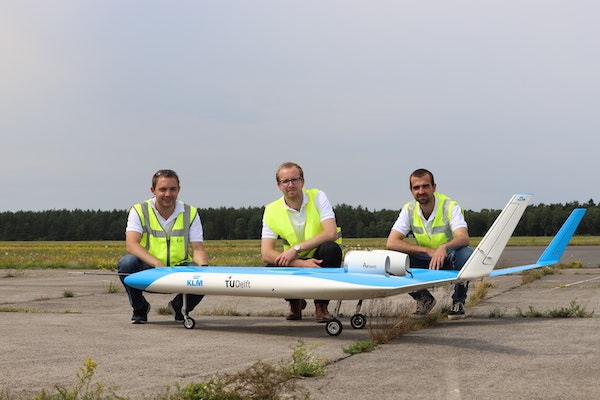 A scaled model of the ‘Flying-V’ blended wing aircraft concept — first unveiled by Dutch researchers last year — has completed its first test flight in Germany.
Delft Technical University (TU Delft), which is developing the project, states that the maiden sortie took place at an undisclosed German airbase.
The scale model weighs 22.5kg, has a wing span of 3.06m and a length of 2.76m. It was controlled via radio link, with TU Delft PhD candidate Nando van Arnhem as the drone pilot. Its two 4kW electric ‘ducted fan’ engines are powered by a 6kg lithium polymer battery.
The test model performed a series of tasks, including take-off, manoeuvres and approaches, until its batteries were nearly empty, before it landed.
Says team leader Roelof Vos, an assistant professor of flight performance and propulsion at TU Delft: “One of our worries was that the aircraft might have some difficulty lifting-off, since previous calculations had shown that ‘rotation’ could be an issue. The team optimised the scaled flight model to prevent the issue but the proof of the pudding is in the eating. You need to fly to know for sure.”
Vos notes that thrust was good and flight speeds and angles were as predicted by the team.
However, he adds that the current scaled model design “makes it difficult to keep the wings level, and caused the aircraft to have a somewhat rough landing”, something that was also predicted in initial estimates.

In collaboration with Airbus.

Beam me up Scotty.

Maar de grote vraag is natuurlijk of ie Corona-proof is...