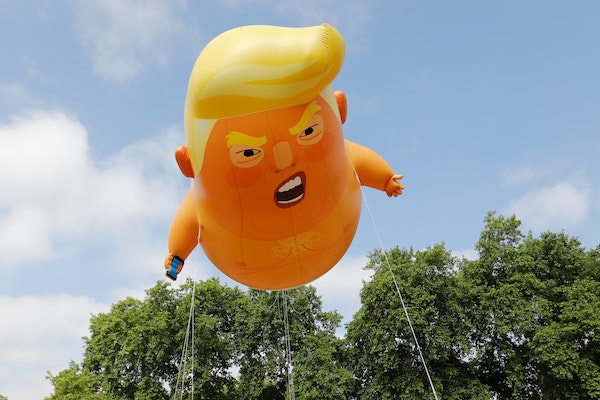 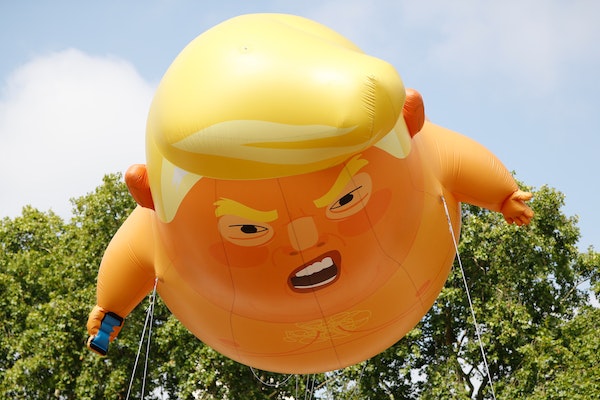 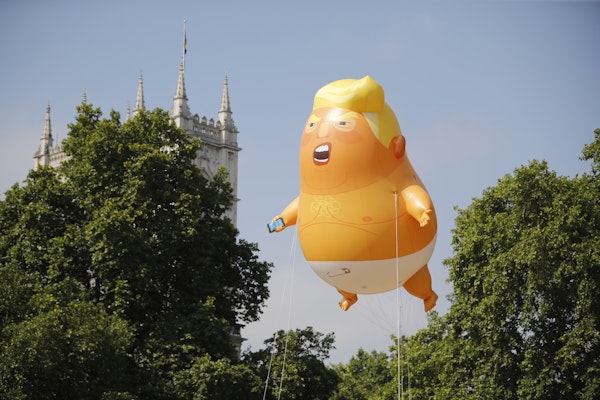 A giant balloon inflated by activists  depicting US President Donald Trump as an orange baby is seen during a  demonstration against Trumps visit to the UK in Parliament Square in  London on July 13, 2018. US President Donald Trump launched an  extraordinary attack on Prime Minister Theresa Mays Brexit strategy,  plunging the transatlantic special relationship to a new low as they  prepared to meet Friday on the second day of his tumultuous trip to  Britain.Tolga AKMEN / AFP 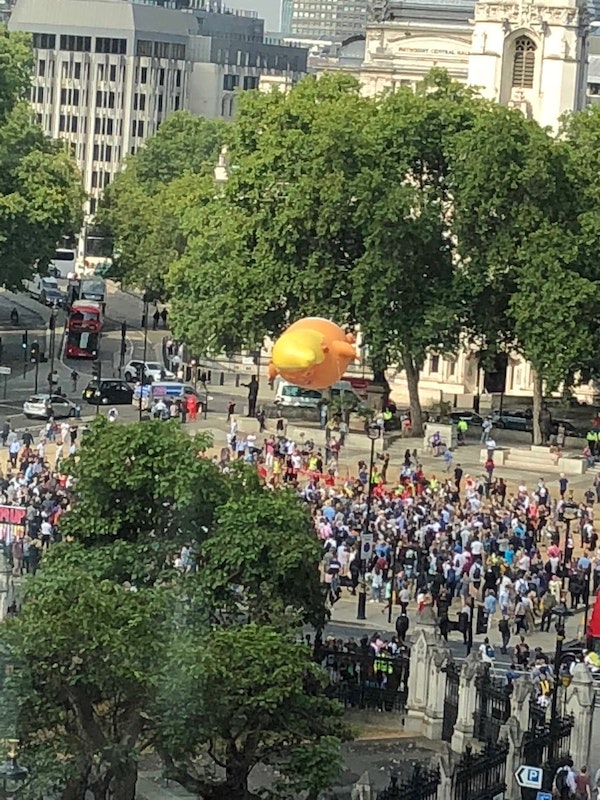 Music was his first love