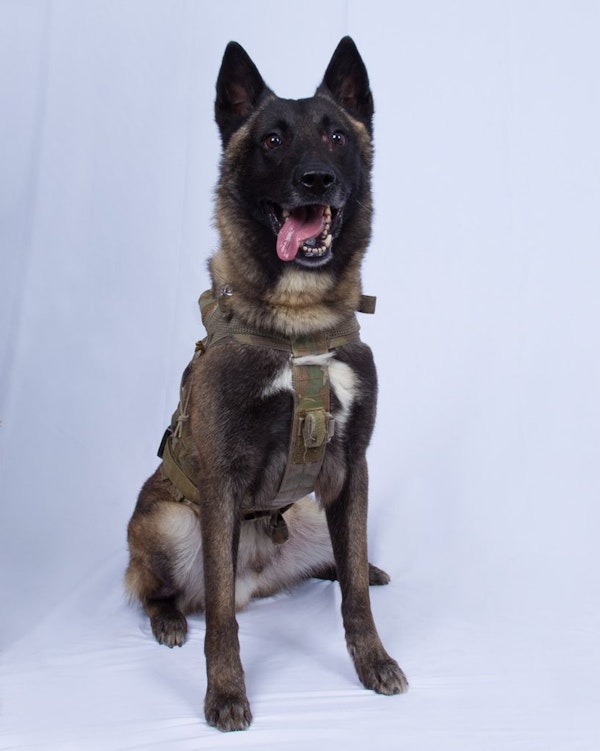 Going out with a bang! Islam style.

En Al-Baghdadi kreeg een 'zeemansgraf', islamitische riten incluis.
Niks geleerd van de Moro-rebellie.
"According to Rear Admiral D.P. Mannix, who fought the Moros as a young lieutenant from 1907–1908, the Americans exploited Muslim taboos by wrapping dead Moros in pig's skin and "stuffing [their] mouth[s] with pork", thereby deterring the Moros from continuing with their suicide attacks."

Brigadier Dog to the rescue.

"But the bare facts of Baghdadi’s biography show an unusually capable man. He helped found an insurgent group, finished a Ph.D. while managing the religious affairs of the Islamic State, and has been able to prevail amid the State’s cutthroat politics because of his skill at coalition building and his ability to intimidate his rivals. The consolidation of the Islamic State’s territorial gains in Syria and its rapid expansion into Iraq came after the death of his “prince of shadows.” Although the New York Times recently reported that he himself is making arrangements for a succession in the event of his demise by devolving many of his military powers to subordinates, his blend of religious scholarship and political cunning won’t be easily replaced. None of his possible successors combine his Prophetic lineage, religious knowledge, and skill at winning powerful friends and quieting dissent."