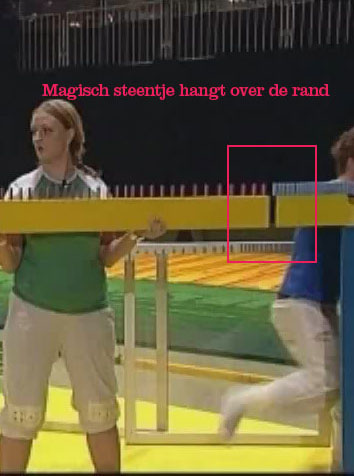 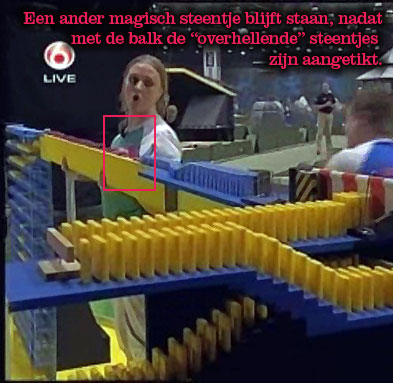 The world record domino toppling, as established on 18 November 2005 in Leeuwarden during the television show Domino Day 2005, is rectified.

After careful analysis of the tape of Domino Day 2005, the notary concluded that the third builders' challenge, consisting of 153.340 dominoes, has not been toppled in accordance with the regulations. Therefore, this builders' challenge can and may not be included in the total number of dominoes toppled for the world record.

Fortunately, due to the large amount of dominoes toppled in the various theatre scenes, we did establish the new world record.

Het is me wat.