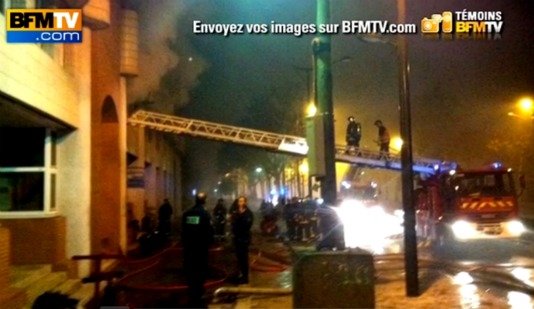 Upset at all the violence brought on by Muhammad, a man named Abu Afak wrote a short poem, which declared that the people of Medina would be better off following someone other than the Prophet of Islam. The poem read:

Long have I lived but never have I seen
An assembly or collection of people
More faithful to their undertaking
And their allies when called upon
Than the sons of Qayla when they assembled,
Men who overthrew mountains and never submitted,
A rider who came to them split them in two (saying)
Permitted, Forbidden, of all sorts of things.
Had you believed in glory or kingship
You would have followed Tubba. (Ibn Ishaq, p. 675)

This was too much for Muhammad to bear, so he ordered his followers to murder Abu Afak. They stabbed him to death while he was asleep.

Outraged that Muhammad had ordered the brutal assassination of a man who was more than a hundred years old, a woman named Asma demanded retaliation. She wrote:

I despise B. Malik and al-Nabit
and Auf and B. al-Khazraj.
You obey a stranger who is none of yours,
One not of Murad or Madhhij.
Do you expect good from him after the killing of your chiefs
Like a hungry man waiting for a cook's broth?
Is there no man of pride who would attack him by surprise
And cut off the hopes of those who expect aught from him? . . . (Ibn Ishaq, pp. 675-676)

Since Asma called for violence against Muhammad, the latter ordered her brutal assassination as well. She was killed at night in the presence of her children.

Don't mess with that people, *kuch*.