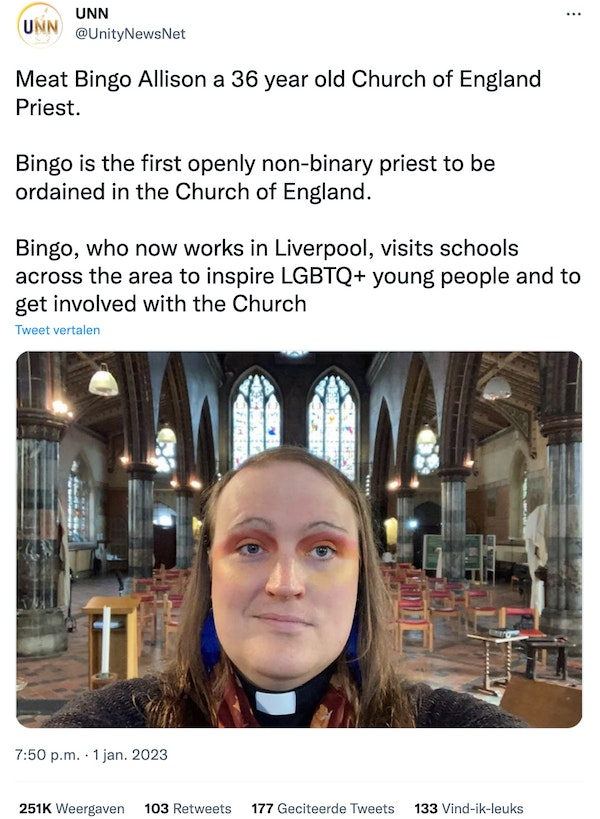 Enfin, u kunt weer even meepraten. 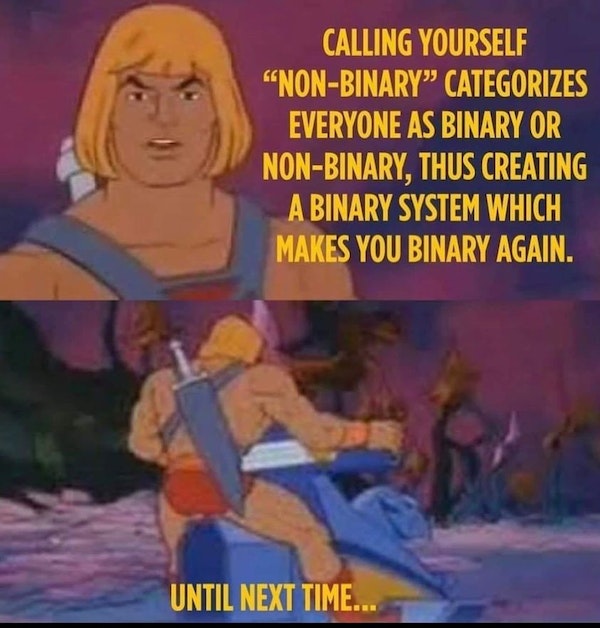 'Woke' is turning our world into a freak show...

The rebirth of Monty Python. And now for something completely different: something real !

Church of England is niet katholiek het is een afsplitsing.

You're as old as the women you feel.

Meat; "Judge people on their character, not on their meat" of zo iets...

I exist, I am valid, maar hoedt u voor de linkse kerkiërs.

Late stage capitalism in combinatie met een steeds verder versplinterende en onderling bekvechtende samenleving. Beide Romeinse rijken zijn er aan ten onder gegaan omdat vrijwel niemand de ogen op de bal hield.
Er is in die tijd veel geleerd.....
Weapons of Mass Distraction.
"A few days before the fall of Constantinople to the armies of Ottoman jihad, some six centuries ago, a strange debate was taking place inside the imperial city. Constantinople then had a very loud senate, stubborn theologians, and merciless philosophers. It was the heir to Greco-Roman civilization, but also host to hot debates — so hot that they effectively isolated the city’s elites from the realities of then-world politics. The political establishment of the Eastern Rome was consumed in complex rhetoric — what historians would later call “Byzantine debate.” Just days before the city fell to the Islamic armies that were surrounding its walls, a rabid debate was splitting the lawmakers and their respective intellectuals. Was it about how to defend the state, or how to protect the people? Neither. The sultan and his men were perplexed as to what was on their enemies’ agenda. He had to send spies for intelligence. Upon their return from the mission, they delivered the secret. The political establishment of the Byzantines was sharply split over a major question which superseded everything else, including the marching jihad. And that summa matter was: What is the sex of the angels? Are they males or females?"

Don’t stick your dick in, crazy.

Ik is in verward.

....... visits school in the area to inspire LBGTQ+ young people and to get involved in the church.