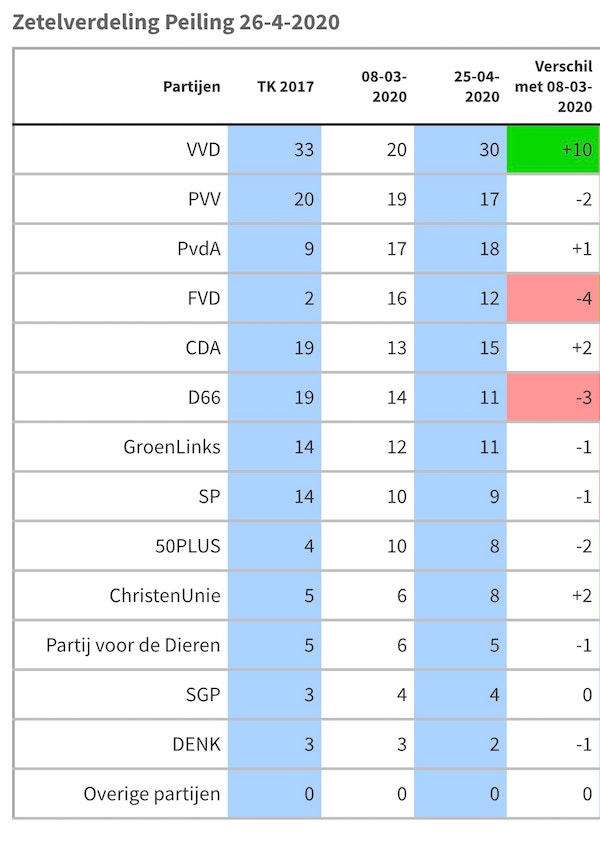 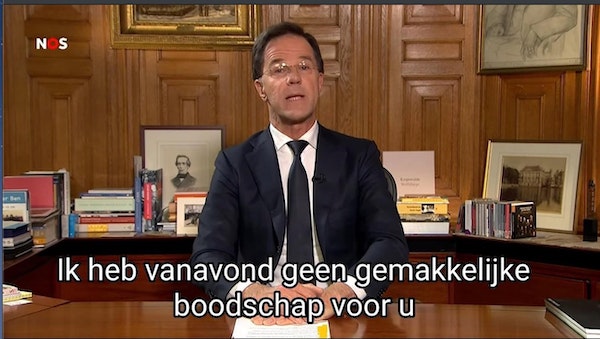 The aftermath gonna be fun

Dat is wat is stem.

Life is indeed good for trolls wih money to spend ,looking down on bluecollar folk .

We don't care about politics, they are all the same anyway. All politicians are bastards anyway. Every one of them, doesn't matter who you vote for you'll always have a shitty government. All they are after is themselves and their pockets. They are all lying cheating bastards. (Lemmy, denk nog veel aan je)

Goed artikel over een pandemie 'we might have missed'. Staan ook zeer interessante dingen in over corona-virussen van koeien en wat als dit Covid-19 een goede (=juiste) gastheer vindt en evolueert tot een zeer dodelijke variant.
Erg goed leesvoer wat mij betreft: theconversation.com/a-brief-history-o...
Linkje naar het Belgische wetenschappelijke artikel over het onderzoek naar dat koeien-coronavirus dat het zenuwstelsel aantastte en ook vooral ouderen trof.
www.ncbi.nlm.nih.gov/pmc/articles/PMC...
Wel interessant citaat: "So if the influenza virus was not the virus responsible for the 1889-1890 pandemic, could there be another culprit? Since the most recent ancestor of the bovine coronavirus and hCoV-O43 was also traced to about 1890, and hCoV-OC43 is now known to have potential to invade and attack the nervous system, could the 1889-1890 pandemic have been the result of the jump of cow coronaviruses to humans? If the answer is “yes”, the next question is this: could the adaptation and co-evolution in the 130 years since the pandemic explain why CoV-OC43 currently causes only mild cold-like symptoms in humans? How is it that the selfsame virus that killed one million people in the 1890s now causes no more than a few uncomfortable sniffles? This could possibly be a key case study in herd immunity."

Al dat gelul over mondkapjes of wie eerder was of eerder iets zei is gelul in de marge.

"Remember the yellow vests, the Hong Kong protests, the Virginia constitutional gun rights rallies, the MAGA (re-nationalization) movement, the Brexit protests, the massive Trump rallies (50,000+ attendances), the EU disintegrating, UKIP, the intel agency Epstein VIP blackmail networks unraveling, pizzagate, Boris Jhnson, the Tommy Robinson protests... where does the list end?
All the internet redpilling and organizing happening since 2010 was reaching the streets due to internet censorship designed to suppress it, and western governments and corporate oligarchies were coming under serious danger of being unseated. There was a literal world revolution slowly in progress, starting up like spot fires and threatening to grow into a giant firestorm.
This virus has now miraculously "cured" all of that. Nobody can assemble, nobody can go out, everyone's afraid of everyone else. Basically everyone's under house arrest and has to stay there for 18 months, almost like putting a drunk in a drunk tank until whatever he's intoxicated on (freedom/protesting) wears off.
In the meantime the virus is basically incurable, it mutates too fast for a vaccine to ever put an end to it, so vaccines, if ever created, will end up like flu vaccines, only eliminating 2/3rds of strains each year but leaving everyone in danger of contracting the remaining 1/3.
Various levels of social distancing will become the "new normal." Google and Apple, in a campaign being largely fronted by Bill Gates, etc. are all stepping in to design tracking apps that see everywhere you go and how close you come to other people via bluetooth, in order to do 24/7 contact tracing. All while patents are being filed on vaccine certificate biometric ink nanotech tatoos that phones can scan (visible to infrared light) so that those who've received all their latest shots can be cleared to go into businesses and those who haven't have to stay locked up in their homes, unable to work or to assemble.
With the constant threat of new strains of the virus, any time infections and deaths ramp up again, everyone get sent back to their home prisons and nobody but "essential" workers are allowed out.
Every way you look at it, this virus has created the pretext to turn society into a heavily monitored panopticon where at any moment's notice, any time more detections are suddenly getting detected, all outdoor gatherings can be canceled, which coincidentally eliminates all ability to protest and resist government oppression. Meanwhile the social media platforms are going into hypercensorship mode that shut down any account that even mentions something the WHO doesn't agree with, anyone who protests the "wrong" government, etc.
It's almost like evil always wins by just being too terrible for good people to be able to clearly see, analyze, and devise defenses against."

"Anyway, as far as Big Pharma, yeah, they're going along for the ride, set to make trillions off the constant flood of vaccines that will be engineered to constantly, fruitlessly, pointlessly fight this thing because its mutation rate makes a total, 100% curative vaccine perpetually impossible.
So that's the society it appears we'll end up in. A new vector for endless trillions for Big Pharma to merely "control" the prolificness of the virus, while the remaining uncontrollable strains require constant surveillance and mark of the beast style tracking, can't go anywhere, can't do anything, can't even buy/sell (except food/medicine) style tyranny.
The elite's problems get nicely solved, by putting the population into a new paradigm of variac/potentiometer-dialable "go into your houses and shelter in place again"-ness that can be adjusted at any given moment to silence anything that's getting under their skin."

"Google and Apple, in a campaign being largely fronted by Bill Gates, etc. are all stepping in to design tracking apps that see everywhere you go and how close you come to other people via bluetooth, in order to do 24/7 contact tracing."

Nijpels was commissaris, Zalm was CFO.