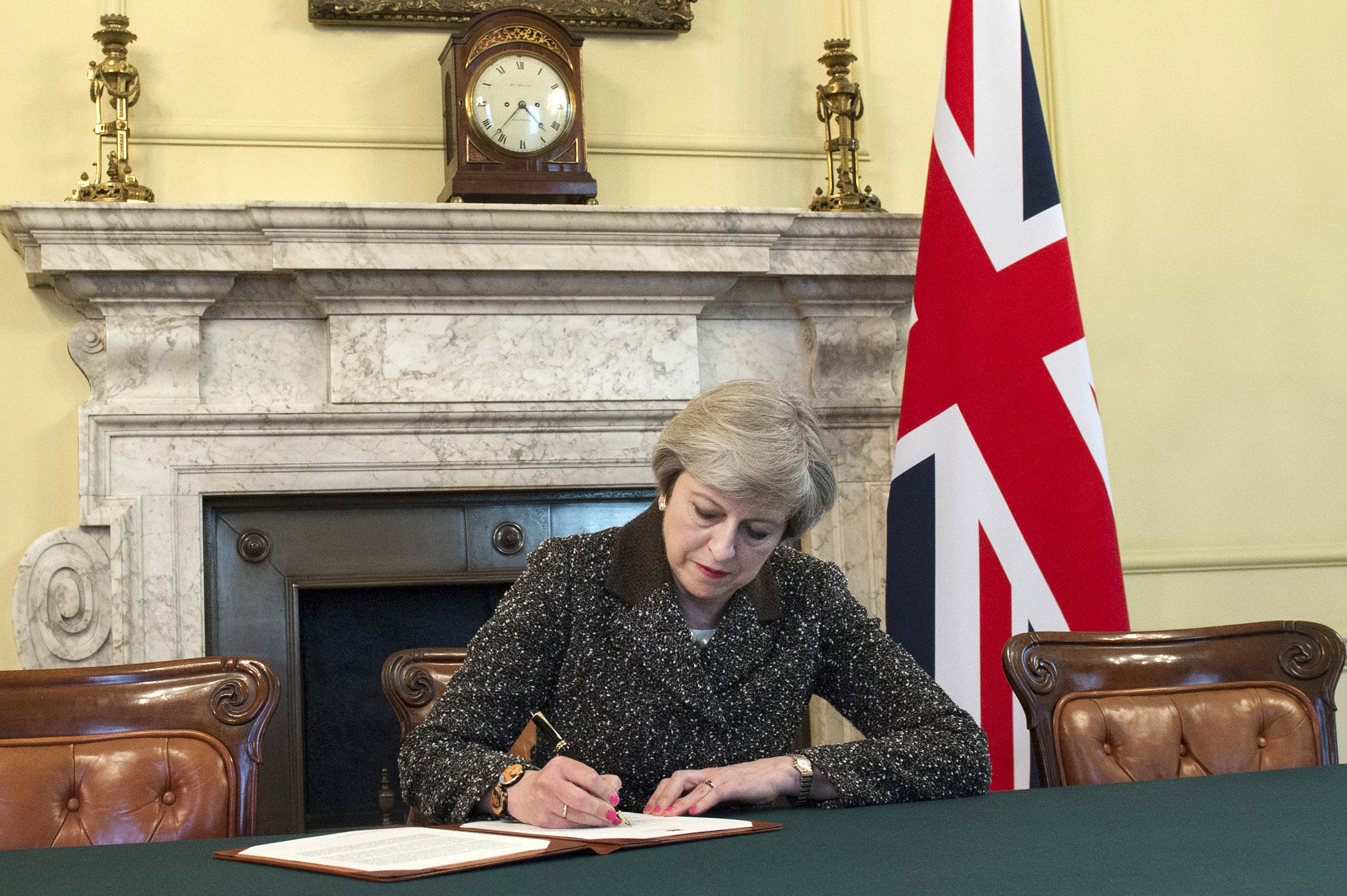 Dear Brits. The day has come. A full nine months after its conception, the Article 50 letter to the European Union is on its way to Brussels. Congratulations. You lot chose to liberate yourselves from EU gag rules that prevent you from running your own democracy. We were there, in London on the evening of Brexit. It was a great night, followed by a glorious morning of watching the EU wake up, its politicians (and the press) in utter dismay. And dismayed, they are still. But not everyone hates you. We are here to tell you that many, many people support Brexit. Just not the ones who run most politics & most media - but they have long been known to have become a little out of touch with the commoners. You voted for Brexit during the Dutch EU Council Presidency, and we for one enjoyed the hell out of it. Would the Netherlands itself be better off out? Doubtful. We're small. We're on mainland Europe. We're stuck in the downward ratchet of the Euro currency. So we'll hang back here for a while. See what happens. But we see your departure from the EU, and we applaud it. For hopefully, it will teach Brussels a desperately needed lesson in democracy, self-determination, and sovereignty. The EU has none of that, while most people, not just the British, really do desire to have it - preferably in combination with a healthy dose of national pride in one's own culture, history and heritage. So good luck, Brits. May you live long and prosper in freedom and democracy, outside the stifling rule of the European Union. And may we, too, profit from your departure by gaining more democracy and less meddling from undemocratic "leaders" in far away & out of touch Brussels. Cheers!

Forecast is for somewhat uncertain weather over the British isles. pic.twitter.com/NPmHtNrWGR

The impossible dream is happening. Today we pass the point of no return. #BrexitDay pic.twitter.com/pZMceYoZdG

Congratulations on finally triggering Article 50 after so many months.

I know for certain that the EU will give you a hard time during your negotiations (e.g. that fine EU wants you to pay, fishing grounds), it will be time consuming as usual since the EU are as slow as fuck. But don't be afraid. I know for certain that your country will prosper and enjoy freedom as you should in a real democracy.

One day I hope the Dutch can follow and leave this abomination called the EU (that's going to be hard, believe me I know). When that day comes, I hope you can support us too and celebrate our independence together.

They are f*cked. And deep inside they know.

I'm bloody jealous palls, that having sayed... Thanks for turning the public opinion in Denmark too!