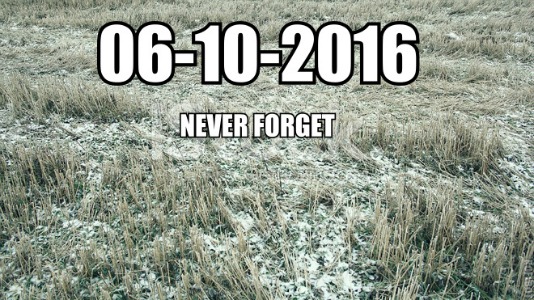 Arctic Also Much Warmer A Few Thousand Years Ago, With Sea-Ice-Free Summers

Although far less pronounced, the Arctic climate was also much warmer than now (by 2° to 3°C) throughout significant portions of the last 10,000 years, warm enough to elicit sea-ice-free summers (or far less sea ice than exists presently). Somehow, polar bears survived during these warmer climates.

We report bromine enrichment in the Northwest Greenland Eemian NEEM ice core since the end of the Eemian interglacial 120,000 years ago, finding the maximum extension of first-year sea ice occurred approximately 9,000 years ago during the Holocene climate optimum, when Greenland temperatures were 2 to 3&#8201;°C above present values.

(press release): Researchers have found that 8000 years ago the Arctic climate was 2 to 3 degrees warmer than now, and that there was also less summertime Arctic sea ice than today.