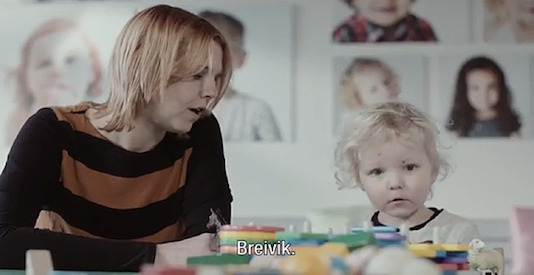 In the Netherlands and elsewhere, it has become a default expectation in recent years that certain communities, and Muslims in particular, apologize for and formally distance themselves from matters that occur in other parts of the world  especially acts of terrorism. The consequence is that certain groups and individuals are constantly associated with terrible evens they have nothing to do with. This mechanism  also known as guilt by association or the imposition of collective guilt  has become normalized. Rather than bringing people together, it causes segregation.

The idea was sparked to use a short educational film that reveals how children handle these kinds of accusations, prejudices and suspicions. What happens is that their self-esteem, self-image and confidence is damaged. You see, for example, how rapidly a young boy who wants to become a superhero can be talked into seeing himself as a villain.

Filmmaker Abdelkarim El-Fassi, who produced the video, explains: Ive never felt this uncomfortable while directing a video. Sure, its totally unethical and pedagogically irresponsible, and yet as a society weve practiced this on the macro-level for years. Weve been talking certain communities into feelings of collective guilt for years. This has to stop, otherwise the problem will fester on for generations to come. I dont want my nephew Hamza, who can be seen in the film, to be held accountable for matters that have nothing to do with him. He is a third generation Dutch-Moroccan. There is no justification whatsoever for him being treated differently from his white peers.

El-Fassi previously founded the #doyoucare campaign, for which eight Dutch children crawled into the skins of their murdered Palestinian peers to draw attention for the injustices that were happening in Gaza.