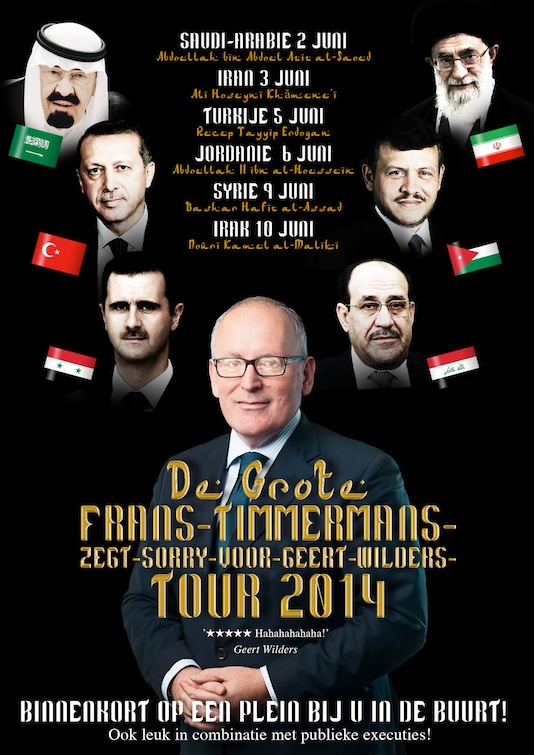 @peter_K : Apologies are not enough! You MUST use the qu'ran!

zeg @timmermansEU ? Er is nog VRAAG naar nieuwe trainers:
Islamic Suicide Bomber Trainer Accidentally Blows Up His Entire Class theuspatriot.com/2014/05/28/islamic-su...
In Baghdad, a terrorist who was in the middle of conducting a training for future militants, accidentally blew up an entire class, killing 21 of his students, and himself.

The group was part of the Islamic State of Iraq and Syria, the terror group that has been participating in a string of attacks in the United States.

The incident may be viewed as a metaphor for the many lives lost in the wake of foreign and domestic terrorists relentless attempts to convert the nation into an extreme-religious state.

In this turn of events, it appears that many innocent lives may have actually been spared. In fact, in one recent attack alone, 7 innocent people were killed.

According to recent reports, it was rumored that the instructor was in the process of showing his students how to use a suicide belt. As he was teaching, the live suicide belt actually detonated, resulting in mass fatalities.

Saudi Gazette: "Apologies will not be enough"

Saudi Arabia's firm stance against the actions of Wilders should be an established strategy against anyone who may dare to attack Islam or the Kingdom regardless of the quick Dutch moves to set things right that were prompted by their trade and economic in...
@Pritt Stift | 29-05-14 | 08:55 | 500 reacties