Dit schreef 'n zekere Nick:
.
Dit verhaal zat in mijn mailbox vanochtend, van vrienden uit Engeland, dit verhaal wordt daar doorgestuurd, ik wil het u niet onthouden... en.... stuur het hier ook door naar uw bekenden, we kunnen niet genoeg waarschuwen...
.
A German's View on Islam - worth reading. This is by far the best explanation of the Muslim terrorist situation I have ever read. His references to past history are accurate and clear. Not long, easy to understand, and well worth the read. The author of this email is Dr.
Emanuel Tanya, a well-known and well-respected psychiatrist.
A man, whose family was German aristocracy prior to World War II,
owned a number of large industries and estates. When asked how many
German people were true Nazis, the answer he gave can guide our
attitude toward fanaticism.
.
Very few people were true Nazis,' he said, 'but many enjoyed the
return of German pride, and many more were too busy to care. I was one
of those who just thought the Nazis were a bunch of fools. So, the
majority just sat back and let it all happen. Then, before we knew it,
they owned us, and we had lost control, and the end of the world had
come.
.
My family lost everything. I ended up in a concentration camp and the
Allies destroyed my factories.'
.
We are told again and again by 'experts' and 'talking heads' that
Islam is the religion of peace and that the vast majority of Muslims
just want to live in peace. Although this unqualified assertion may be
true, it is entirely irrelevant. It is meaningless fluff, meant to
make us feel better, and meant to somehow diminish the spectre of
fanatics rampaging across the globe in the name of Islam.
.
The fact is that the fanatics rule Islam at this moment in history. It
is the fanatics who march. It is the fanatics who wage any one of 50
shooting wars worldwide. It is the fanatics who systematically
slaughter Christian or tribal groups throughout Africa and are
gradually taking over the entire continent in an Islamic wave. It is
the fanatics who bomb, behead, murder, or honour-kill. It is the
fanatics who take over mosque after mosque. It is the fanatics who
zealously spread the stoning and hanging of rape victims and
homosexuals. It is the fanatics who teach their young to kill and to
become suicide bombers.
.
The hard, quantifiable fact is that the peaceful majority, the 'silent
majority' is cowed and extraneous. Communist Russia was comprised of
Russians who just wanted to live in peace, yet the Russian Communists
were responsible for the murder of about 20 million people. The
peaceful majority were irrelevant. China's huge population was
peaceful as well, but Chinese Communists managed to kill a staggering 70
million people..
.
The average Japanese individual prior to World War II was not a
warmongering sadist. Yet, Japan murdered and slaughtered its way
across South East Asia in an orgy of killing that included the
systematic murder of 12 million Chinese civilians; most killed by
sword, shovel, and bayonet. And who c an forget Rwanda, which
collapsed into butchery. Could it not be said that the majority of
Rwandans were 'peace loving'?
.
History lessons are often incredibly simple and blunt, yet for all our
powers of reason, we often miss the most basic and uncomplicated of
points: peace-loving Muslims have been made irrelevant by their silence.
Peace-loving Muslims will become our enemy if they don't speak up,
because like my friend from Germany, they will awaken one day and find
that the fanatics own them, and the end of their world will have begun.
.
De rest van deze reactie hier:
.
www.dagelijksestandaard.nl/2013/06/dri...
.
Onder: nick op 29 juni, 2013 - 15:03

"an entity 'acting for and under' a newly created Special Committee of the National Security Council for COMINT, consisting of the Secretary of State and the Secretary of Defense." en verderop: "... which defines the COMINT mission of NSA as being to 'provide an effective, unified organization and control of the communications intelligence activities of the United States conducted against foreign governments.' Thus, 'all COMINT collection and production resources of the United States are placed under his operational and technical control.'"
www.gwu.edu/~nsarchiv/NSAEBB/NSAEBB24/...

"National Security Council Intelligence Directives have provided the highest-level policy guidance for intelligence activities since they were first issued in 1947":
www.gwu.edu/~nsarchiv/NSAEBB/NSAEBB24/...

Ik was in Haren @

National Security Agency is in charge of executing those orders and literally doing the councils dirty work."

Three down, a few hundred to go.

Peter Verhaar - The Beauty and the nerd 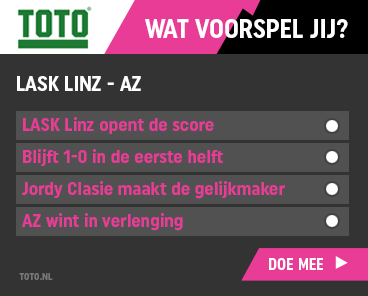