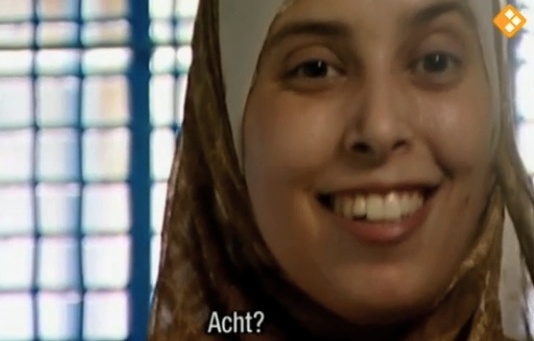 It doesn't take long to meet a prisoner family in Palestine. With more than 6,000 Palestinians incarcerated by Israel right now and more than 700,000 in jails since Israel's 1967 occupation of the Palestinian territories, those stories soon come into the frame - mention of a father, a brother taken away; a swallowing of pain; a distant gaze determined to bring a beloved, absent face into focus.

Now Israel has cut a deal with Hamas to release the soldier Gilad Shalit, five years after his capture, in exchange for more than a thousand Palestinian prisoners, these figures allude to the reality of mass Palestinian imprisonment.

With 20 per cent of the population jailed at some point, prison is a feature of Palestinian life under occupation. From the routine night raids that drag family members away, to the opaque military trials, the detention of children (7,000 since the year 2000) and the torture reported by Amnesty to take place in Israeli prisons, it all adds up to a system of control and debilitation.

Israel adheres to the script of countries that try to crush national struggle: criminalise protest; use widespread arrests to show who's in charge and categorically refuse to count any prisoners as political. Those Palestinian detention figures are shockingly high - but then, the Israeli occupation has been shockingly long, and its permeation into Palestinian life just as deep.

Israel still did not conduct adequate investigations into alleged war crimes and other serious violations of international law by its forces during Operation Cast Lead, the 22-day offensive in Gaza in December 2008/January 2009, during which nearly 1,400 Palestinians, including more than 300 children, were killed. Israeli soldiers and settlers who committed serious abuses against Palestinians, including unlawful killings, assaults and attacks against property, were generally not held to account for their crimes. Israeli military forces killed 33 Palestinian civilians in the OPT, including eight children. Hundreds of Palestinians were arrested and detained by Israeli forces; at least 264 were held without charge or trial under administrative detention orders, some had been held for over two years. Reports of torture and other ill-treatment were frequent, but investigations were rare. Around 6,000 Palestinians remained in Israeli prisons, many after unfair military trials. Israeli conscientious objectors to military service continued to be imprisoned.

@drenkeling69 | 19-10-11 | 10:49 | + 0 -
After further negotiations, on August 3, Israel and Argentina agreed to end their dispute with a joint statement that "the Governments of Israel and the Republic of the Argentine, imbued with the wish to give effect to the resolution of the Security Council of June 23, 1960, in which the hope was expressed that the traditionally friendly relations between the two countries will be advanced, have decided to regard as closed the incident that arose out of the action taken by Israel nationals which infringed fundamental rights of the State of Argentina."[40]
In the subsequent trial and appeal, the Israeli courts avoided the issue of the legality of Eichmann's capture, relying instead on legal precedents that the circumstances of his capture had no bearing on the legality of his trial. The Israeli Court also determined that because "Argentina has condoned the violation of her sovereignty and has waived her claims, including that for the return of the Appellant, any violation of international law that may have been involved in this incident has thus been remedied."[41]

Islam: we are the religion of peace and if you don't agree we will kill you and your families. We will bomb your restaurants, fly into your tallest buildings, make you fear bags, packages and anything that looks arab. We will riot in your cities and pray on your streets. We will lie to you, steal from you and wage wars all over the world. Why? because we have a book most of us can't read that says so.

Hopefully, according to Allah, Ahlam Tamimi will be considered a mental patient. I guess even Mohammed will consider Ahlam Tamimi too delusional to be a moslim.

Wipe that face of your smile!

I hereby want to protest against the prisoners exchange of today.
It is unforgivable to exchange 1 soldier against 1000 terrorists among which, and that I find very evil, terrorist Ahlam Tamimi, assassin of minimum 8 children"

Een ieder die dat interview vanochtend met Gilad Shalit voor de Egyptische tv ook wat raar vond overkomen.... hier de uitleg:
"Hamas militants were in the area as the interview was being set up. One of them stood behind Schalit's chair, wearing a black face mask, a green headband of the Qassam brigades  Hamas' military wing  and filming with a video camera in his hand.

"You have known what it is like to be in captivity," interviewer Shahira Amin said to Schalit. "There are more than 4,000 Palestinians in Israeli jails. Will you help campaign for their release?" she asked in English.

Schalit took a long pause before answering, then said he would be happy if all those prisoners were freed so that they can go back to their families and loved ones.

"What has the experience brought you? Has it made you stronger?" she asked at another point.

And, brushing aside the fact Hamas had barred anyone from visiting Schalit, she asked why he only gave one interview while held captive. Schalit gasped for air, the handler suggested halting the interview because Schalit wasn't feeling well, and he didn't answer the question."
www.huffingtonpost.com/huff-wires/2011...