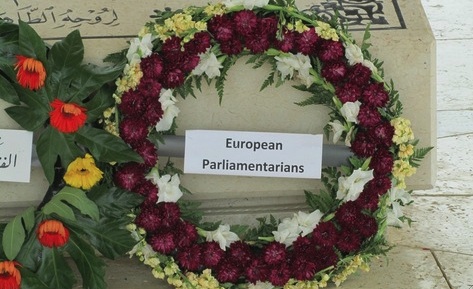 Even before Arafat died, US author and intelligence expert John Loftus said on the John Batchelor Show on WABC radio on October 26 that it was widely known in CIA circles that Arafat was dying from AIDS. Loftus further said that was the reason the US kept preventing Israel from killing Arafat  to allow him to be discredited by the ailment.

In his memoirs "Red Horizons," Pacepa relates a 1978 conversation with the general assigned to teach Arafat and the PLO techniques to deceive the West into granting the organization recognition. The general told him about Arafats nightly relations with his young male bodyguards and multiple partners. Beginning with his teacher when he was a teen-ager and ending with his current bodyguards. After reading the report, I felt a compulsion to take a shower whenever I had been kissed by Arafat, or even just shaken his hand," Pacepa wrote.

Senior US intelligence official James J. Welsh, the National Security Agency's former PA analyst, told WorldNetDaily, "One of the things we looked for when we were intercepting Fatah communications were messages about Ashbal [Lion cub] members who would be called to Beirut from bases outside of Beirut. The Ashbal were often orphaned or abandoned boys who were brought into the organization, ostensibly to train for later entry into Fedayeen fighter units. Arafat always had several of these 13-15 year old boys in his entourage. We figured out that he would often recall several of these boys to Beirut just before he would leave for a trip outside Lebanon. It proved to be a good indicator of Arafat's travel plans. While Arafat did have a regular security detail, many of those thought to be security personnel - the teenage boys - were actually there for other purposes."