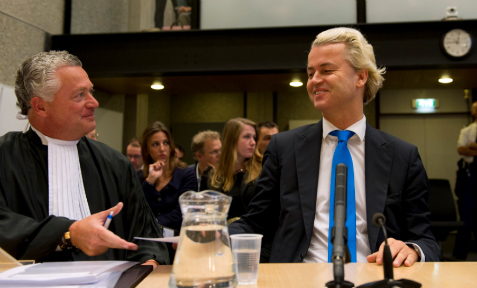 #bigbrother is watching you

I have heard much of the nefarious (NL: snode), and dangerous plan & doctrines of the Illuminati, but never saw the Book until you were pleased to send it to me.

"Our present Time, pregnant with the most shocking Evils and Calamities, threatens Ruin to our Liberty and Goverment.

Secret, the most secret Plans are in Agitation: Plans, calculated to ensnare the Unwary, to attract the Gay and irreligious, and to entice even the Well-disposed to combine in the general Machine for overturning all Government and all Religion.

It was some Time since that a Book fell into my Hands entituled Proofs of a Conspiracy &c. by John Robison, which gives a full Account of a Society of Freemasons, that distinguishes itself by the Name of Illuminati, whose Plan is to overturn all Government and all Religion, even natural; and who endeavour to eradicate every Idea of a Supreme Being, and distinguish Man from Beast by his Shape only.

A Thought suggested itself to me, that some of the Lodges in the United States might have caught the Infection, and might cooperate with the Illuminati or the Jacobine Club in France. Fauchet is mentioned by Robison as a zealous Member: and who can doubt of Genet and Adet? Have not these their Confidants in this Country? They use the same Expressions and are generally Men of no Religion. Upon serious Reflection I was led to think that it might be within your Power to prevent the horrid Plan from corrupting the Brethren of the English Lodge over which you preside."

It was not my intention to doubt that, the Doctrines of the Illuminati, and principles of Jacobinism had not spread in the United States. On the contrary, no one is more truly satisfied of this fact than I am.

The idea that I meant to convey, was, that I did not believe that the Lodges of Free Masons in this Country had, as Societies, endeavoured to propagate the diabolical tenets of the first, or pernicious principles of the latter (if they are susceptible of seperation). That individuals of them may have done it, or that the founder, or instrument employed to found, the Democratic Societies in the United States, may have had these objects; and actually had a seperation of the People from their Government in view, is too evident to be questioned.

glas, plas you know the drill...

Het is feest! Nazi-stampen in Gouda