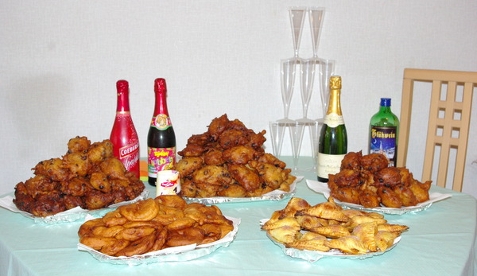 Vanmorgen op Reuters: BEIJING (Reuters) - Chinese police arrested thousands in a drive against Internet pornography throughout 2009, officials said, vowing a deepening crackdown that critics say is being used to tighten overall censorship.
The Chinese government has run a highly publicized campaign against what officials said were banned smutty and lewd pictures overwhelming the country's Internet and threatening the emotional health of children.
Chinese police said late on Thursday the crackdown on Internet pornography had brought 5,394 arrests and 4,186 criminal case investigations in 2009 -- a fourfold increase in the number of such cases compared with 2008.
The announcement on the Ministry of Public Security's website (www.mps.gov.cn) said the drive would deepen in 2010.
Police would "intensify punishments for Internet operations that violate laws and regulations", said the statement from the ministry's Internet security section.
"Strengthen monitoring of information," it urged, "Press Internet service providers to put in place preventive technology."
With an estimated 360 million Internet users, China has a bigger online population than any other country. But the ruling Communist Party worries the Internet could become a dangerous conduit for threatening images and ideas.
The ministry did not say how many of the 5,394 suspects arrested were later charged, released or prosecuted.
The anti-pornography drive has also netted many sites with politically sensitive or even simply user-generated content, in what some see as an effort by the government to reassert control over new media.
China has banned a number of popular websites and Internet services, including Google's Youtube, Twitter, Flickr and Facebook, as well as Chinese content sharing sites.

All the best for 2010. Looking forward! Greetings from the beach... whoahahaha

Still 5 minutes to new years day in the UK

all the best, you all!
en snel weer terug naar de champoppel..

‘Vaccine passports will never contain the virus, only vaccines will’

'Even in the rich world, where most people have been jabbed, support...

Open letter in defense of Democracy: The future of democracy in the United States is in danger

Some of us are Democrats and others Republicans. Some identify with the...