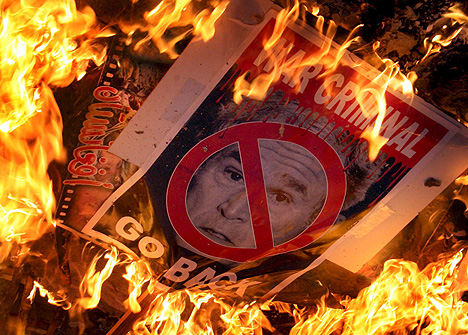 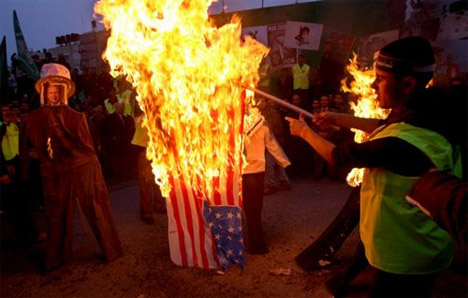 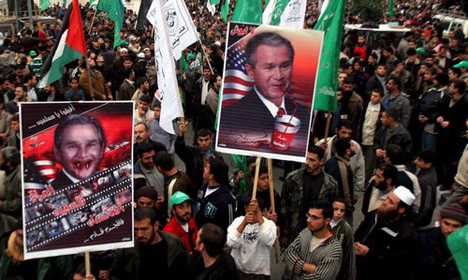 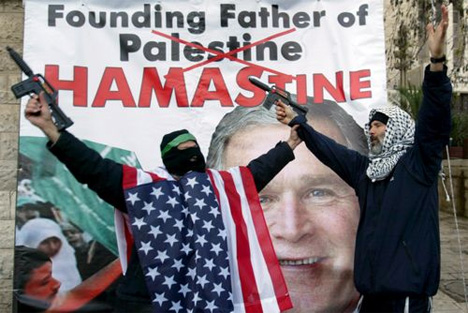 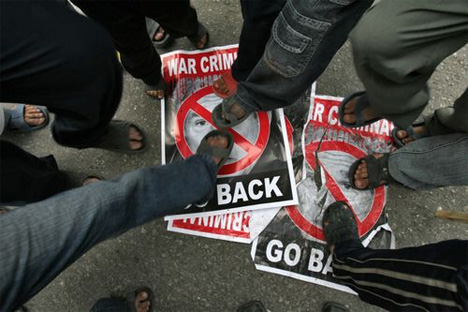 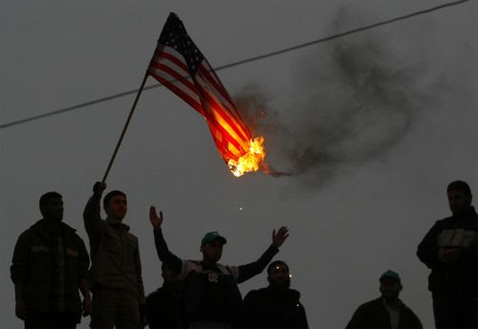 The list goes on. You might not be able to recall some of it. But the people around you, Cheney and Condoleezza Rice especially, would. And they realise that on the subject of human rights, your administration has had the worst record of all, surpassing most Third World countries. The tension and the misery in parts of this region can very well testify to this.

In a famous speech in 2003 you announced an "historic" shift in US foreign policy. You pledged to support democracy and liberty while declaring "victory" in Iraq. More than four years later, Iraq is in chaos. It has virtually disintegrated and "the surge" did little to stop the killing or ease the sectarian tension. At the same time, you gave up on your freedom-for-all prophecy. We are all back to the old ways of doing business - arms and oil. The agenda of your current tour is evident.

This is your first official trip to a land you long claimed has a very special place in your heart. The land of the Prophets. However, you started out wrong. By maintaining your support of an Israeli "Jewish State", you are flouting your own ideals upon which your great country was founded more than two centuries ago. So much for the promise of democracy. What you advocate in fact is the creation of states on religious and racial lines, thereby justifying the atrocious actions of terrorists who hate and seek to eliminate the followers of other religions: The same terrorists you like to blame for every ill on earth and every failure of yours.

It has been reported that you are here to "lecture" us on democracy and human rights. But with a record like yours, you will not be very convincing. The people you are addressing have greater respect for human rights and dignity.

You also said that your current tour aims to realise the long neglected peace in the Middle East. Regional peace, Mr President, will not be achieved by escalating tension and threatening to change regimes. And most importantly, it will not be achieved by supporting Israel, which continues to defy international law, occupy Arab lands, oppress the Palestinians and rebuff peace initiatives.

We hope you have enjoyed the trip so far. The scenery is great. The food is exotic. As for the more "serious" things, it is unlikely you will make any difference.

@Geckota
Yes - you are right, they are 'Losers', 'cause they have nothing.
Be happy..., its them instead of you 'loser'.

not to self: Begin een Amerikaanse vlaggenkraam in Palestina,...