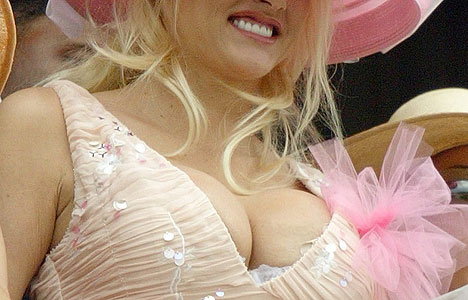 who matters, had in de waldorpstraat kunnen werken

Uiteraard... The home of the brave and the free is gecorrumpeerd... die hebben een amerikaniseringsrevolutie nodig....

Died by an overdose!!

En ja hoor:
On February 8, 2007, Howard K Stern was present during the death of his unofficial wife Anna Nicole Smith in Hollywood, Florida, after she was found unresponsive in a room at the Seminole Hard Rock Hotel and Casino. The cause of death has yet to be determined.

On September 10, 2006, he was with Anna Nicole in the Bahamas when her son Daniel Wayne Smith died in Nassau, Bahamas. He has angrily denied allegations by Anna Nicole's mother that he was involved in Daniel's death

@FestinaLente
Yes, Yes, Is this the Ef BIE AI? Fun at Seveke talked about A.N.S. only yesterday! Take him to Guantanamo!