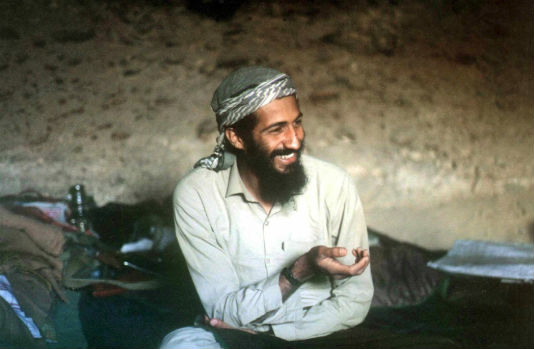 Tussen de regels door blijkt de sharia ook al in de VS te zijn ingevoerd, getuige deze officiële uitspraak van een regeringswoordvoerder over de snelle "begrafenis" op CNN.
We are ensuring that it is handled in accordance with Islamic practice and tradition," confirmed the official. "This is something that we take very seriously. And so therefore this is being handled in an appropriate manner.....

ReallyVirtual
@kursed What really happened doesn't matter if there is an official story behind it that 99.999% of the world would believe
May 02, 2011, 3:08 AM

ReallyVirtual
@kursed I think I should take out my big blower to blow the fog of war away and see the clearer picture.

goemogge mensuh
osama B landen death?
hy do i not believe that ? they say he use to be as cia operative.
and then do i need to believe hescgot a seamansgrave?
Bullshit!!!!!
*Aluhoedjeopdoet*

You can run, but you can't hide. Respect @ Uncle Sam

Hop en another one bites the dust!

"Very loud noises interrupted my sleep several times, almost as if there was some kind of military exercise being conducted in the hotel lobby. How rude! Also the clerk never gave me my wake-up call and I missed my spa appointment, but to be fair he turned out to be dead."

"It has really gone downhill in the last decade. They changed chefs last year. It hasn't kept up with technology--there is no Wi-Fi at all! Now, there's a rumor of a murder has taken place. Avoid it until AAA gives it at least 3 Diamonds."

"Relatively new structure. Easy access to airport and public transportation. Sadly, no free wi-fi or in-room cable. Pros - privacy fence, quiet, secure. Cons - No continental breakfast, staff very pre-occupied with another VIP guest and his family, not many good views from rooms. Also, it appears that the owners had upset someone (maybe the neighbors?) because the US Navy SEALS (Team Six) came over and cleared the place out! Not sure if they will re-open anytime soon, quite a bit of damage from the VIP guest and his family (bullet holes, dead bodies, small fires). I would suggest finding different lodging. I also think they charged WAY too much for what they offered."

"Pakistan's best kept secret! Hard to find, but friendly locals can point you in the right direction... "

Iedereen al jodiumpillen aan het slikken?
.
"Wikileaks' files show that al Qaeda's senior leader Khalid Sheikh Mohammed, who was detained and interrogated, had spilled the beans that the terrorist group had, indeed, hidden a nuclear bomb in Europe and that it would be detonated if Osama bin Laden is captured or killed."
.
bron: www.ibtimes.com/articles/140067/201105...

Congrats to the neighbours below!

ahahahah this made my year

ladies en gentlemen we shot him!!!

Yessssss!!!! Hahaha, fuck you extremisme. They've got him.

Hoe fucked up is dat?

Van Fox News (I know, super betrouwbaar): 'The report said they killed him last week and were confirming DNA.'