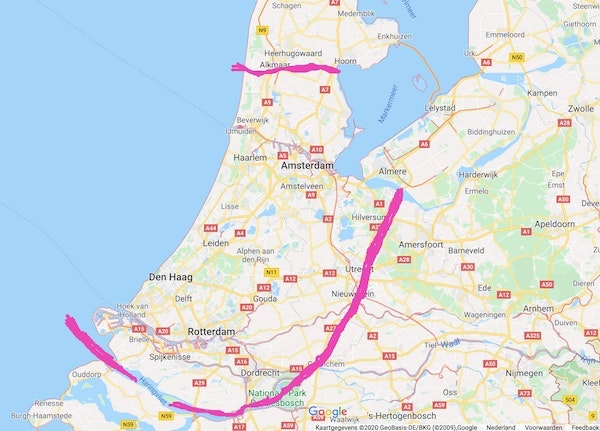 Amen Corner - (If paradise is) half as nice
www.youtube.com/watch?v=foTwWg1CyWU

Stretch - Why did you do it
www.youtube.com/watch?v=36V5oTEcoJ0

Het was dit of TopPop.
https://m.youtube.com/watch?v=6m5SsNyR8Uc

SIMON COOKE
30 October 2022 • 11:00am
In the 11th century, when Oxford University was founded, the King recorded his control of land and people in the Domesday Book, a catalogue of feudal authority. Under that serfdom, a man couldn’t simply travel to another place without the permission of his lords and masters. Now Oxford’s 21st century city fathers want to reintroduce these controls in the form of a concept known as the “15-minute city”.

The 15-minute city sounds lovely in theory; a place where you can find all the goods, services and amenities you need within a gentle quarter of an hour’s walk. It’s the brainchild of Paris-based academic Carlos Moreno, who sees cities not as places made by the choices of citizens but as complex systems to be managed with “smart” technology. And Moreno wants urban planners to manage the city’s inhabitants as well. His ideal relies on a set of controls and limits imposed, in true feudal style, on residents.

In Oxford, and in a similar scheme in Canterbury, councils will require residents to have a permit to work elsewhere in the city and will limit the number of times they can drive across the boundary of their allocated 15-minute zone. If you don’t comply, the city’s automatic number-plate recognition systems will allow the council to levy a £70 fine.

The scheme won’t affect Duncan Enright, the Oxfordshire councillor leading its introduction, since he doesn’t live in Oxford, but he helpfully explains that it is about “those essential needs, the bottle of milk, pharmacy, GP, schools which you need to have” and that it is all part of the council’s plans for net zero. Or to put it another way, you’ll need a permit to visit your mum a few streets away and can only do this twice a week.

The stated purpose of the Oxford and Canterbury schemes – reducing congestion in their city centres – hides an authoritarianism commonplace in contemporary urban planning.

These modern urbanists believe it is a terrible thing for people to enjoy the flexibility, comfort and efficiency of affordable private transport. Despite the forced shift to electric vehicles and the elimination of fumes and carbon emissions, green planners still want to ban the car.

The 15-minute city seeks to limit the freedom and choice people get from driving, in the name of the environment. Moreno has even spoken of exploiting the pandemic to impose his ideas. “Were it not for Covid-19,” he said in a recent interview, “I think that the conditions for deploying the 15-minute city concept would have been very hard to instigate.”

The 15-minute city aims for a radical remake, not of the city, but of daily life. In what we could call neo-feudalism, urban planners see citizens as counters to be moved about within smart cities; peons not people. They seek to reduce the choices available to residents – making their lives worse, not better.

For the grander and wealthier parts of a city, places that already have that vegan cafe or award-winning deli, the impact of a 15-minute cordon around your life may be tolerable. But poorer people in a place without these amenities – where the only shop is an overpriced convenience store without fresh fruit and vegetables – will suffer greatly for such policies.

The 15-minute city isn’t merely anti-car and anti-choice, it echoes the social controls and limits of communist China. This might be fine for Oxford’s guilty rich but for ordinary workers, already struggling with housing costs in one of Britain’s least affordable places, the 15-minute city will only make life more limited, more expensive and less free.

Simon Cooke is an urbanist and housing campaigner and is the former leader of the Conservative Group on Bradford City Council" www.telegraph.co.uk/news/2022/10/30/o...

Oh wow. Dit is zo mooi. "Let's keep on boozing and have a bar, if that's all there is"

The amounts paid to the performers at Woodstock

It's close to midnight

Is goed. Het gaat u goed!

Derek and the Dominos - Layla and Other Assorted Love Songs
Mag ik een ander nummer aanbieden?
youtu.be/t1pYDgR6zhE
It's too late

Bangers and fries - I am going to have some tomorrow morning for breakfast, actually.