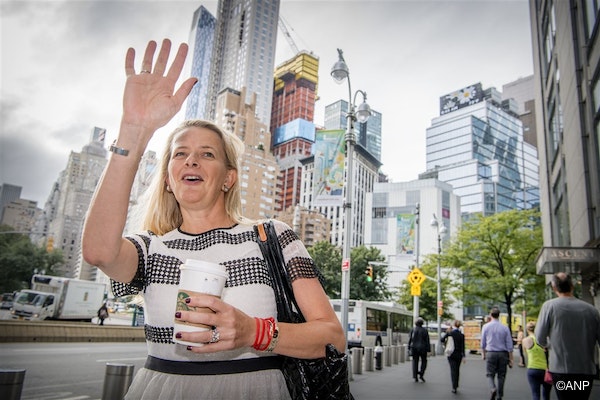 10. Mabel seems to have an interest in the fintech company Adyen.

The rumor has been around for quite some time among investors, but on 24 May 2018 it is announced that the Amsterdam-based payment company Adyen goes public. It will happen on Wednesday, June 13th. Adyen has a value of 6.5 to 7.1 billion euros.

Half of Adyen's stock is held by outside investors, including the investment firm Iconiq Capital, which includes well-known names from the US technology sector such as Facebook CEO Mark Zuckerberg and CEO Jack Dorsey of Twitter

And who owns too the investors? Exactly: Mabel van Oranje

11. On June 5, when the prospectus is published, it appears that Mabel's interest is at least 120 million euros.
mabel adyen
Photo: ANP

A week before the IPO, it becomes clear that Mabel owns 546 thousand Adyen shares, which can bring in around € 120 to € 131 million on the IPO.

It is not known how Mabel acquired a 1.85% stake in Adyen. Presumably it is a legacy of Friso who has had good business contacts and worked for Goldman Sachs for years.

nr 1 =
. 1 Mabel is present at the funeral of Prince Claus at Nieuwe Kerk in Delft, but is officially no more than a "good relationship" of the royal family.

Photo: Mabel (r) leaves the Nieuwe Kerk in Delft with Prins Maurits and Princess Marilene (l) after the funeral of Prince Claus on October 15, 2002. Source: ANP / Olaf Kraak [19659012] The first time the Netherlands sees Mabel during the funeral of Prince Claus. The husband of Beatrix is ​​buried on October 15, 2002, Tuesday, in the Tomb of the Oranges in Nieuwe Kerk, Delft.

Who is this Mabel Wisse Smit? At this moment, nothing but a "good relationship" is the official message of the Government Information Service.

It is noteworthy that Mabel with the close family (the royal family and the sisters of Claus) at the funeral of the oranges in honor of the deceased father of the princes Willem-Alexander, Friso and Constantijn.

That was because "Mabel has been a great support to the Queen in recent months," the RVD said. "You should not think about anything else," says a spokesman for De Telegraaf at that time.

The same newspaper also mentions the historian and royal expert, Reinildis van Ditzhuyzen. "That can only mean one thing and that is that Mabel is the future wife of Prince Johan Friso, a support and a refuge really just do not go to the crypt with the family, then I know other people who also have great support for the Queen were. "

Ach dit was afgelopen oktober al bekend toch? “
Please use the sharing tools found via the share button at the top or side of articles. Copying articles to share with others is a breach of FT.com T&Cs and Copyright Policy. Email licensing@ft.com to buy additional rights. Subscribers may share up to 10 or 20 articles per month using the gift article service. More information can be found at www.ft.com/tour.
www.ft.com/content/c474f9e1-8807-4e57...

AstraZeneca, which has promised not to profit from its Covid-19 vaccine “during the pandemic”, has the right to declare an end to the pandemic as soon as July 2021, according to an agreement with a manufacturer.” Is allemaal al vastgelegd in contracten. www.ft.com/content/c474f9e1-8807-4e57...