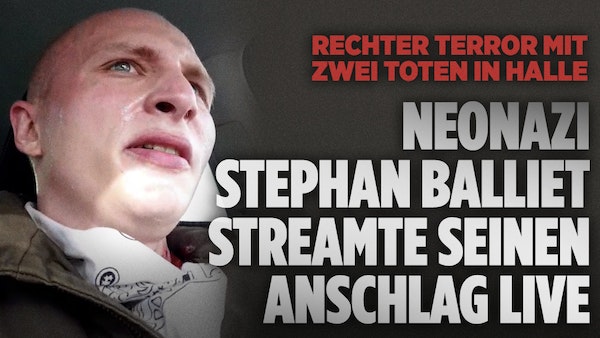 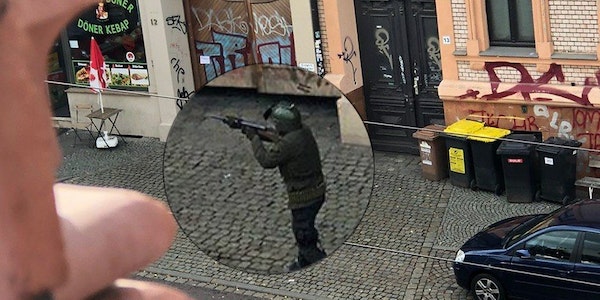 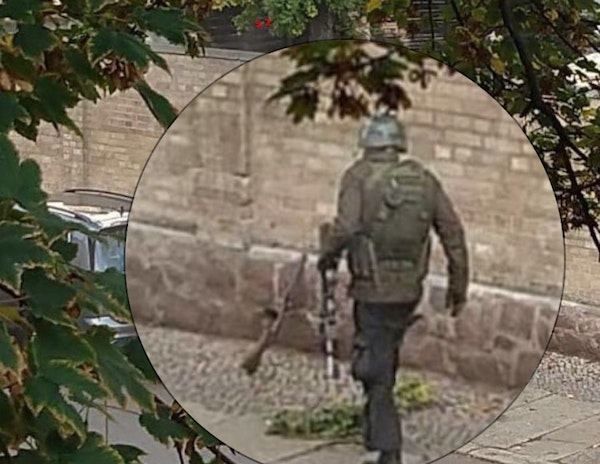 What do you get when you cross a mentally ill loner with a society who abandons him and treats him like trash?

what do you get when you cross a brain dead incel with the riolen of breitbart en 4chan?

www.timesofisrael.com/german-police-c... Uit dit artikel: >>Jewish community leader Max Privorotzki, who was in the Halle synagogue, told Stuttgarter Zeitung of the harrowing minutes as the religious site came under assault.

“We saw through the camera of our synagogue that a heavily armed perpetrator wearing a steel helmet and rifle was trying to shoot open our door.”

“The man looked like he was from the special forces. But our doors held firm,” he said.

“We barricaded our doors from inside and waited for the police,” he said, adding that “in between, we carried on with our service.”

Between 70 and 80 people were in the synagogue on a day when Jews around the world were marking one of the holiest days in the Jewish calendar, Privorotzki said.<<

www.theguardian.com/world/2019/oct/09... De Guardian meldt dat de deursloten van de synagoge versterkt waren na de Christchurch aanslag. >>Between 70 and 80 people had gathered in the synagogue in the area to celebrate Yom Kippur, the holiest day of the year in Judaism, when they heard the shots outside the building. Via a security camera, they could make out a man trying to enter the building by shooting at the locks.

“The attacker repeatedly shot at the door and also threw several Molotov cocktails, firecrackers and grenades to force his way in,” the head of the the Jewish community in Halle, Max Privorotzki, told Der Spiegel magazine. “But the door stayed shut, God protected us. The whole thing lasted perhaps five to 10 minutes,” Privorotzki added. Worship continued after the attack, he said.

A resident interviewed by the news agency DPA said he had seen a man dressed as a police officer take aim and shoot a young woman with an automatic rifle outside the synagogue, and then threw a hand grenade over a wall at the Jewish cemetery. The report could not be confirmed.

Reports in German media suggested the female victim was a passerby rather than a member of the Jewish community.

Shots were later fired at a kebab shop on nearby Ludwig-Wucherer-Strasse, killing one male customer inside. Witness Konrad Rösler, 28, told German media a man wearing a military outfit and helmet walked up to the Kiez Döner take-away restaurant and threw a stun grenade at the building that bounced off the door frame. The man had then fired a shot inside the kebab shop, where five or six people were present, the witness said.

One of the kebab shop’s employees told broadcaster NTV the attacker had been “calm, like a professional – he did it like I make kebabs”.