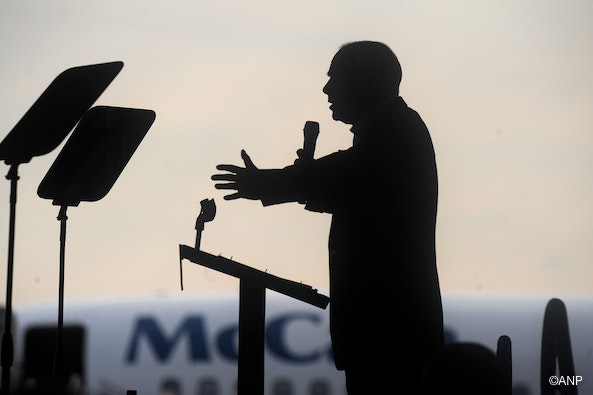 “I refuse to accept that our values are morally equivalent to those of our adversaries,” McCain said. “I am a proud, unapologetic believer in the West, and I believe we must always, always stand up for it.” 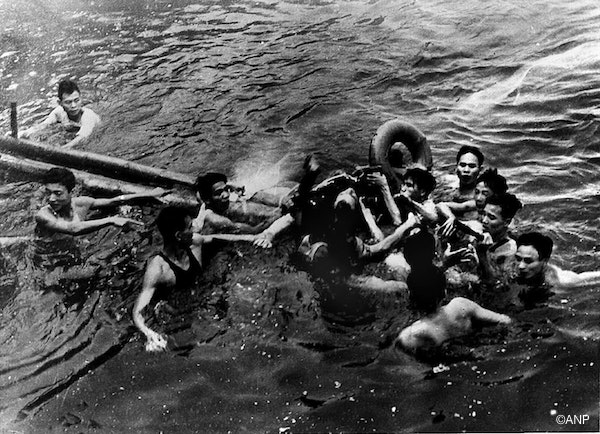 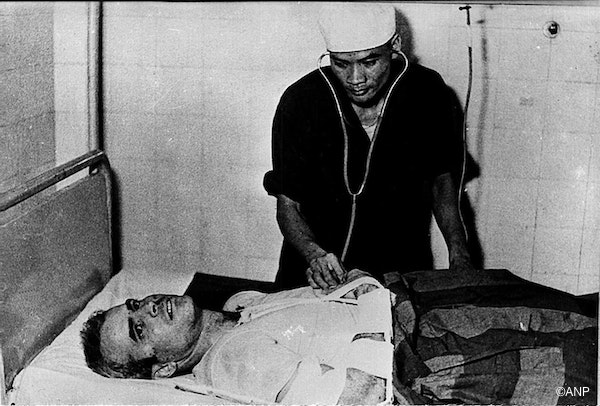 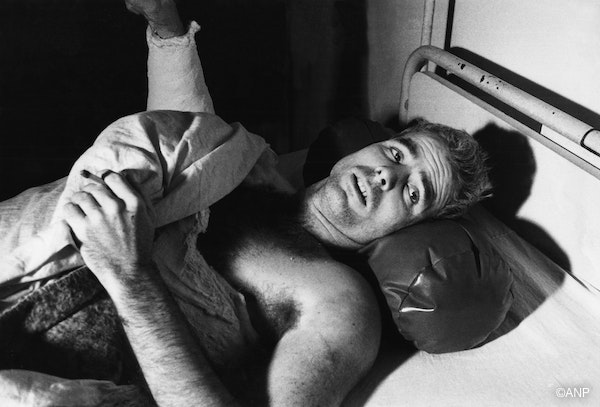 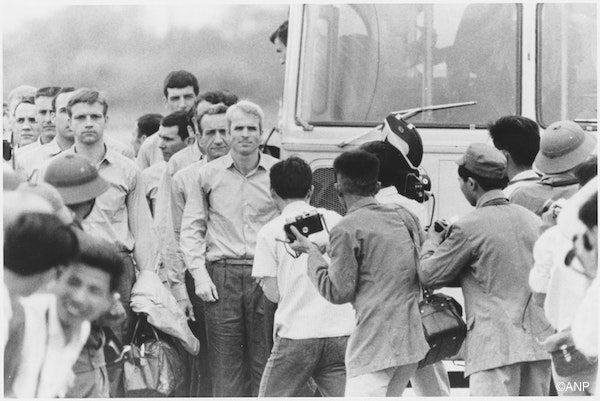 May he Rot In Pieces.

That = they , oorzaak drank

@ich. Heb het al gezien; Globalresearch is stel halve garen. "Within the mainstream medical and scientific community there is an unassailable pseudo-truth that vaccines are safe and effective, whether administered individually or in combination."
www.globalresearch.ca/vaccine-mccarth...

“When I looked at Putin’s eyes, I saw three letters: K-G-B”.

Even een copie van een post op de inter socials, in het engels, maar zekers de moeite waard, John Mc Cain died, i really hope he did not suffer a lot, (because i would not wish that to my worst enemy), but his dead was long overdue, and to be honest, the world has just got a little bit better.

DO NOT LET THEM MAKE A SAINT OUT OF HIM

John McCain's family has announced that the Arizona Senator has opted to end treatment for brain cancer and live out his final few days in peace, presumably under the best hospice care money can buy.

And I sincerely hope that it is peaceful. My statements about my desire for John McCain to shuffle off this mortal coil sooner rather than later have been highly publicized, and I stand by all of them, but I don't wish him a painful or agitated end.

And, also, I am going to keep hammering on how very important it is that we refuse to bow to the aggressive demands from establishment loyalists that we be respectful of this warmongering psychopath and his blood-soaked legacy.

To a few a "hero and a patriot", to many who are aware of his role in the murder of hundreds of thousands of innocents around the world, his death was long overdue.

McCain had not met a terrorist he did not like and didn't want to fund and the photos of him, posing and smiling with terrorist leaders, will form a part of his legacy for all eternity.

Mccain is no hero.

Written by an Active Marine.

McCain has never really earned anything. He is from a wealthy pampered background and not fit to lead this nation.A “war hero” doesn’t finished 894th out of 899 and still get stationed at a Navy champagne unit and promoted ahead of all but two of his 898 other classmates.

A “war hero” doesn’t get promoted to squadron commander of the air field named after his own grandfather immediately after crashing his third airplane. A “war hero” doesn’t have all the military records that cover his time in Vietnam and all disciplinary actions against him censored and sealed “as a matte r of national security.”

A “war hero” doesn’t get 28 medals awarded all after-the-fact “for bravery” for no other reason than being shot down and captured and then go on a celebrity public relations tour because he’s the son of two acclaimed Navy admirals.

A “war hero” doesn’t repeatedly cheat on the wife who’s back in the states waiting for him, and then cheat on her more when he returns to the states, and then divorce and abandon her.

A “war hero” doesn’t systematically vote against every single pay and benefit increase for military and veterans throughout his entire political career, all the while claiming to be “the soldier’s Congressman,” and then take credit for the passage of a G.I. benefits bill that he voted AGAINST.

A “war hero” McCain III lost jet number one in 1958 when he plunged into Corpus Christi Bay while practicing landings. He was knocked unconscious by the impact coming to as the plane settled to the bottom. McCain’s second crash occurred while he was deployed in the Mediterranean. “Flying too low over the Iberian Peninsula,” Timberg wrote, “he took out some power lines [reminiscent of the 1998 incident in which a Marine Corps jet sliced through the cables of a gondola at an Italian ski resort, killing 20] which led to a spate of newspaper stories in which he was predictably identified as the son of an admiral.”McCain’s third crash three occurred when he was returning from flying a Navy trainer solo to Philadelphia for an Army-Navy football game. Timberg reported that McCain radioed, “I’ve got a flameout” and went through standard relight procedures three times before ejecting at one thousand feet. McCain landed on a deserted beach moments before the plane slammed into a clump of trees. McCain’s fifth loss happened during his 23rd mission over North Vietnam on Oct. 26, 1967, when McCain’s A-4 Skyhawk was shot down by a surface-to-air missile. McCain ejected from the plane breaking both arms an d a leg in the process and subsequently parachuted into Truc Bach Lake near Hanoi.

For 23 combat missions (an estimated 20 hours over enemy territory), the U.S. Navy awarded McCain a Silver Star, a Legion of Merit for Valor, a Distinguished Flying Cross, three Bronze Stars, two Commendation medals plus two Purple Hearts and a dozen service medals. “McCain had roughly 20 hours in combat,” explains Bill Bell, a veteran of Vietnam and former chief of the U.S. Office for POW/MIA Affairs — the first official U.S. representative in Vietnam since the 1973 fall of Saigon. “Since McCain got 28 medals,” Bell continues, “that equals out to about a medal-and-a-half for each hour he spent in combat.

There were infantry guys — grunts on the ground — who had more than 7,000 hours in combat and I can tell you that there were times and situations where I’m sure a prison cell would have looked pretty good to them by comparison. The question really is how many guys got that number of medals for not being shot down." For years, McCain has been an unchecked master at manipulating an overly friendly and biased news media.

The former POW turned Congressman, turned U.S. Senator and switched to the Republican party also had his military records sealed, has managed to gloss over his failures as a pilot by exaggerating his military service and lying about his feats of heroism.

The Queen is dead. De voorpagina's