Until U.S. Muslims denounce #Jihad and renounce #ShariahLaw, other Americans will be justified in viewing us with suspicion. Period. 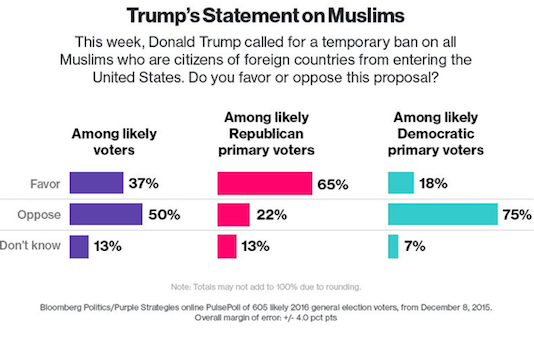 I AGREE with banning Donald Trump from the UK. As a country, we do not accept intolerant and hateful views. pic.twitter.com/c6EdHg65Gx

To the queen of England (as a country)(Paul Joseph Watson)
Banning Donald Trump ÌS an intolerant and hateful view.
Your eyes to soup, for looking with, you use them not.

Dat is een leugen. Staat zelf op plaat {We're only in it for the money):

"Hi boys and girls, I'm Jimmy Carl Black, and I'm the indian of the group".
en.wikipedia.org/wiki/Jimmy_Carl_Blac...

"Its inconceivable that the thinking that we hold most sacred should cause the entire umma to be a source of anxiety, danger, killing and destruction for the rest of the world. Impossible!

Is it possible that 1.6 billion people [Muslims] should want to kill the rest of the worlds inhabitantsthat is 7 billionso that they themselves may live? Impossible!
I am saying these words here at Al Azhar, before this assembly of scholars and ulemaAllah Almighty be witness to your truth on Judgment Day concerning that which Im talking about now.

All this that I am telling you, you cannot feel it if you remain trapped within this mindset. You need to step outside of yourselves to be able to observe it and reflect on it from a more enlightened perspective.

Not enough, Tarek. Renounce islam. Stop being a muslim. Forget all about Mohammed, koran en islam. Become an ex-muslim. Anything else is not enough.

Waar Islam is, is oorlog.

Wel absurde beelden weer daar uit dat US of A.

Bo is over de regenboogbrug