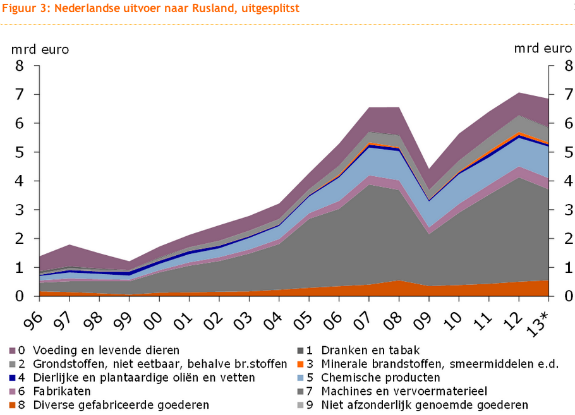 We are building up to World War III - Gerald Celente
- usawatchdog.com/economy-will-crash-wor...

Iemand had al een link naar wikipedia gepost, maar kennelijk niemand die het leest. Dit is de reden waarom Rusland schijt heeft aan het westen en Poetin op handen wordt gedragen: hun economie staat er beter voor dan de onze:
.
"Russia has a market economy with enormous natural resources, particularly oil and natural gas. It has the 9th largest economy in the world by nominal GDP and the 6th largest by purchasing power parity (PPP). Since the turn of the 21st century, higher domestic consumption and greater political stability have bolstered economic growth in Russia. The country ended 2008 with its ninth straight year of growth, averaging 7% annually between 2000 and 2008. Real GDP per capita, PPP (current international) was 19,840 in 2010.[153] Growth was primarily driven by non-traded services and goods for the domestic market, as opposed to oil or mineral extraction and exports.[88] The average nominal salary in Russia was $967 per month in early 2013, up from $80 in 2000.[154][155] In March 2014 the average nominal monthly wages reached 30,000 RUR (or US$980),[156][157] while tax on the income of individuals is payable at the rate of 13% on most incomes.[158] Approximately 12.8% of Russians lived below the national poverty line in 2011,[159] significantly down from 40% in 1998 at the worst point of the post-Soviet collapse.[84] Unemployment in Russia was at 5.4% in 2014, down from about 12.4% in 1999.[160] The middle class has grown from just 8 million persons in 2000 to 104 million persons in 2013.[161][162] Sugar imports reportedly dropped 82% between 2012 and 2013.[163]
Russian economy since the end of the Soviet Union

Oil, natural gas, metals, and timber account for more than 80% of Russian exports abroad.[88] Since 2003, the exports of natural resources started decreasing in economic importance as the internal market strengthened considerably. Despite higher energy prices, oil and gas only contribute to 5.7% of Russia's GDP and the government predicts this will be 3.7% by 2011.[164] Oil export earnings allowed Russia to increase its foreign reserves from $12 billion in 1999 to $597.3 billion on 1 August 2008, the third largest foreign exchange reserves in the world.[165] The macroeconomic policy under Finance Minister Alexei Kudrin was prudent and sound, with excess income being stored in the Stabilization Fund of Russia.[166] In 2006, Russia repaid most of its formerly massive debts,[167] leaving it with one of the lowest foreign debts among major economies.[168] The Stabilization Fund helped Russia to come out of the global financial crisis in a much better state than many experts had expected.[166]"

www.youtube.com/watch?v=hniR-KVtUCo had zomaar over u kunnen gaan.

De VS kijkt en is tevreden..