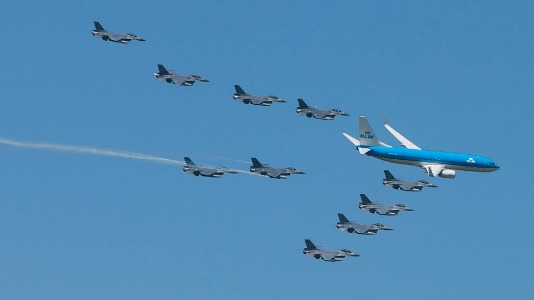 Aviation is the best invention of mankind.

Nogmaals, u is god!
Succes verder.

U is alwetend, U is god.

Tricky -Is That Your Life, van hun nieuwe album.
*out*

Food for tought, isn't it ?

Used by the US, the UK and Netherlands.

On 7 May 1999, between the time of 11:30 and 11:40, a NATO attack was carried out with two containers of cluster bombs directed at Ni Airport, located at the end of the city. The bombs missed their target and fell near the city center. The bombs were scattered from the two containers and were carried by the wind and then fell in three locations in the central part of the city:

The Pathology building next to the Medical Center of Nis in the south of the city,
Next to the building of "Banovina" including the main market, bus station next to the Ni Fortress and "12th February" Health Centre
Parking of "Ni Express" near river Niava River.

Overall during the operation, at least 23 Serb civilians were killed by cluster munitions. At least six Serbs, including three children were killed by bomblets after the operation ended, and up to 23 square kilometres in six areas remain "cluster contaminated", according to Serbian government. The UK contributed £86,000 to the Serbian Mine Action Centre.