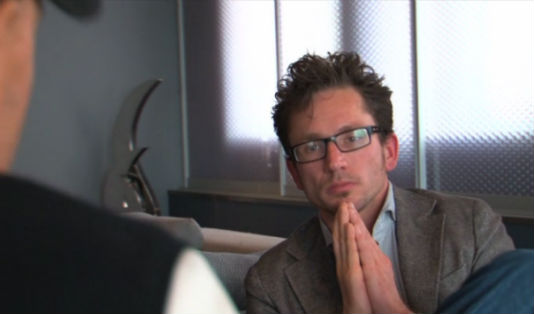 In the beginning, there was Jack, and Jack had a groove.
And from this groove came the groove of all grooves.
And while one day viciously throwing down on his box, Jack boldy declared,
"Let there be HOUSE!"
and house music was born.
"I am, you see,
I am
the creator, and this is my house!
And, in my house there is ONLY house music.
But, I am not so selfish because once you enter my house it then becomes OUR house and OUR house music!"
And, you see, no one man owns house because house music is a universal language, spoken and understood by all.
You see, house is a feeling that no one can understand really unless you're deep into the vibe of house.
House is an uncontrollable desire to jack your body.
And, as I told you before, this is our house and our house music.
And in every house, you understand, there is a keeper.
And, in this house, the keeper is Jack.
Now some of you who might wonder,
"Who is Jack, and what is it that Jack does?"
Jack is the one who gives you the power to jack your body!
Jack is the one who gives you the power to do the snake.
Jack is the one who gives you the key to the wiggly worm.
Jack is the one who learns you how to walk your body.
Jack is the one that can bring nations and nations of all Jackers together under one house.
You may be black, you may be white; you may be Jew or Gentile. It don't make a difference in OUR House.
And this is fresh.

Dj Jean wanted to be Tarzan boy in the early 80's.
youtu.be/_r0n9Dv6XnY

OK, here we go, we got a real pressure cooker going here, two down, nobody on, no score, bottom of the ninth, there's the windup, and there it is, a line shot up the middle, look at him go. This boy can really fly! He's rounding first and really turning it on now, he's not letting up at all, he's gonna try for second; the ball is bobbled out in center, and here comes the throw, and what a throw!
He's gonna slide in head first, here he comes, he's out! No, wait, safe-safe at second base, this kid
really makes things happen out there. Batter steps up to the plate, here's the pitch-he's going, and what a jump he's got, he's trying for third, here's the throw, it's in the dirt-safe at third! Holy cow, stolen base! He's taking a pretty big lead out there, almost daring him to try and pick him off.
The pitcher glances over, winds up, and it's bunted, bunted down the third base line, the suicide squeeze is on! Here he comes, squeeze play, it's gonna be close, holy cow, I think he's gonna make it!

Paradise by the dashboardlight *blergh*

Dj Jean is een echte europeaan no one can beat that.

Keep up the good work;)

Dude, you're a record-player player...