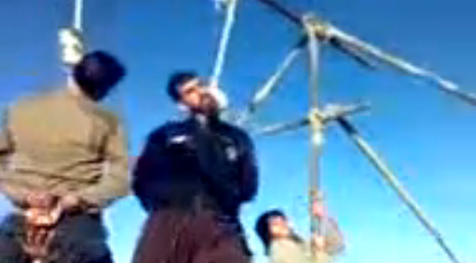 In a phone interview with the Pashto Radio on Monday, General Beig said that there is undisputed intelligence proving the US interference in Iran.

The documents prove that the CIA spent 400 million dollars inside Iran to prop up a colorful-hollow revolution following the election, he added.

Pakistans former army chief of joint staff went on to say that the US wanted to disturb the situation in Iran and bring to power a pro-US government.

He congratulated President Mahmoud Ahmadinejad on his re- election for the second term in office, noting that Pakistan relationship with Iran has improved during his 4-year presidency.

Ahmadinejads re-election is a decisive point in regional policy and if Pakistan and Afghanistan unite with Iran, the US has to leave the area, especially the occupied Afghanistan, Beig added.

RT @D_Sarbaz: Bsalamati: The radio caller quotes from BBC that policemen have taken off their suits and joined protestes
twitter.com/sj121

@all www.youtube.com/watch?v=EI6Qoo2_uMo CNN must see

CLOSE [X]
Police have shot dead two relatives of convicts during a melee that erupted at a public execution in southern Iran.

The state-owned Iran daily says the relatives, who came to watch the hanging of two convicts, started a scuffle, prompting the police to open fire.

The paper's report on Thursday says 27 other people were injured in the melee.

It says the incident took place on Tuesday afte More.. rnoon in the town of Sirjan, some 620 miles (1,000 kilometers) south of Tehran, where the two convicts were hanged for armed robbery.

The men were initially to be hanged on Tuesday morning, but a similar scuffle disrupted that execution.